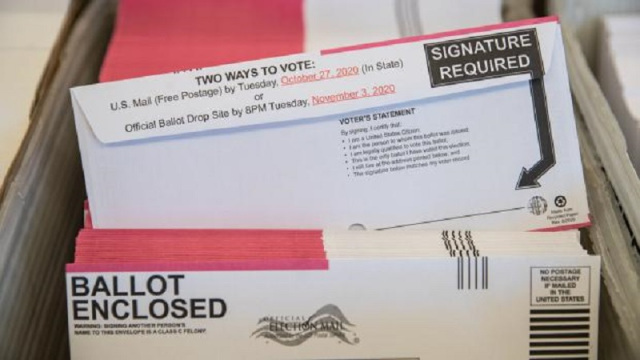 A lawsuit has been filed in the Second Judicial District Court by the Republican Party of New Mexico requesting all ballots be impounded from the 2020 election in Bernalillo County.

The candidate and the GOP have asked to have all of the ballots in the county checked, requesting that the Court examine the attributes of the ballots cast in the recent election.

To accomplish this, the lawsuit requested that the Court impound ballots from all voting centers, including the 70 Election Day voting centers, 17 early and alternative voting locations, and 88 absentee voter precincts.

“There are questions that still persist in this election that involve election integrity, and we must look closely at what happened here in New Mexico,” said Steve Pearce, the Chairman of the Republican Party of New Mexico.

The New Mexico GOP is reportedly considering more lawsuits to request to have ballots impounded in other counties within the state. Conservatives are concerned about the unprecedented level of mail-in voting that occurred, as a record high 928,230 ballots were cast in the state.

New Mexico’s Secretary of State, Maggie Toulouse Oliver, has repeatedly stated that there were multiple levels of checks to ensure accuracy in the process of ballot counting, and is continuing to defend the integrity of the 2020 election in her state.

As many on the right have predicted, the mainstream media is refusing to report on the lawsuit, because it could damage the Democrat narrative that the elections were totally secure. The media has consistently ignored or tried to deny any allegations or lawsuits related to fraud or irregularities in the 2020 election.

Here is the full press release from the Republican Party of New Mexico:

Jan. 6 Defendant Says FBI Tried to Recruit Him to Spy

Scientist Says Omicron Looks Like Something Vaccinologist Would Design on Purpose