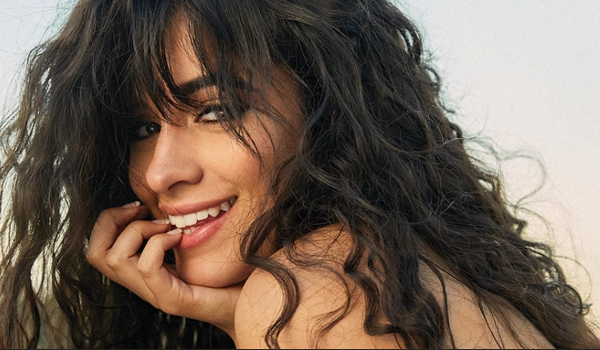 Cuban-American singer Camila Cabello just got hounded into penance at White Shame training sessions. The young urban hipsters consider the radical practice to be the latest thing. Celebrities think that just because they are attractive and popular that their opinions matter more than everyone else. What they really have are herds of adoring fans who show their devotion with cold, hard, cash. Camilla wants to keep that cash flowing.

Ms. Cabello knows she won’t be attractive and popular forever so wants to collect as much green in the bank as she can get her grubby young hands on. Millions of liberal fans hounded her to jump on the White Guilt bandwagon. In a way, it was blackmail.

She’s off for racial sensitivity training with weekly “racial healing sessions.” The whole scandal started when ancient videos surfaced “on social media showed her using racial slurs when she was a teenager.” Her fans went berserk.

“It created a space where I was held accountable,” Cabello recalls. She’s willing to drink the Kool-Aid to keep her fans happy.

“You get corrected, you have homework, and you learn. That’s how you move forward. Now I know better so I can do better. You recognize your privilege.” Her training instructor will have her on a leash in no time.

Camilla even made it official by issuing a public apology. Along with her newly confirmed “boyfriend,” Shawn Mendes, she’s been acting woke since the death of George Floyd.

She’s been out on the streets with the Black Lives Matter and other antifa-sympathizing anarchists on the streets of Miami. That was before she got caught being a closet racist. The shame was unbearable so she instantly headed for the nearest liberal training center.

Now that she’s had enough training sessions for the programming to start taking hold, Camilla gazed glassy eyed into an interviewer’s camera and babbled, “as I learned more about other people’s experiences in the world, I was like, ‘How do I help the people who are on the frontlines of dismantling systems that create oppression? And how do I bridge that with my own personal journey with mental health and healing?'”

There is semantic content in there somewhere but most folks have no idea what that sentence actually says, other than string buzzwords together.

Camilla’s fans aren’t smart enough to know there is a word “semantic,” much less understand it, so they go screaming off to find their friends and download her latest offering.

As long as she’s in training and she’s happy then they are happy. Just to make extra sure that her fans know she’s paying her fair share of reparations, “Cabello launched the Healing Justice Project, a national nonprofit organization.”

Cabello is trying to help share the White Guilt experience and cancel out the shame by serving “individuals who have experienced trauma and inequity in our justice system.” She figures that along with White Shame training, a quarter million bucks in the kitty ought to buy back her PR image.