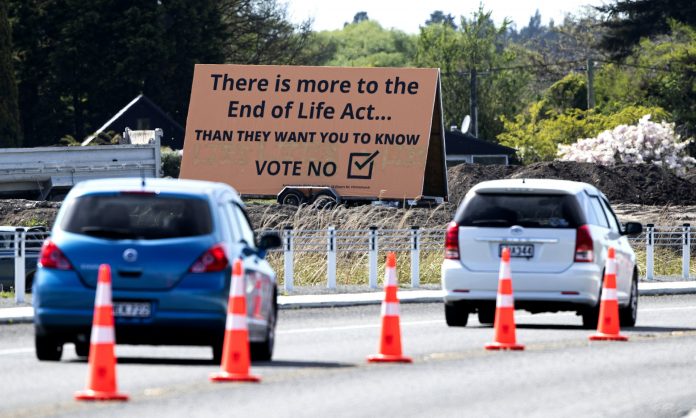 According to preliminary results from the general election, voters have approved a referendum legalizing euthanasia for terminally ill adults in New Zealand.

The End of Life Choice Act would only apply to adults with a terminal illness who are likely to die within six months. The individual must also be experiencing “unbearable” suffering.

Any candidates for euthanasia would need to be medically evaluated, including by a government-appointed professional, according to CNN.

Healthcare professionals are not permitted to initiate conversation about assisted suicide, and would not be obligated to assist individuals who wish to go through with the process.

New Zealand’s libertarian ACT Party applauded the results of the referendum, announcing in a statement: “New Zealand has become a more compassionate and humane society.

Thousands of New Zealanders who might have suffered excruciating deaths will have choice, dignity, control, and autonomy over their own bodies, protected by the rule of law.”

Preliminary results of New Zealand’s general election also showed that voters opposed a referendum on the legalization of marijuana, 53.1 percent to 46.1 percent.

Several other countries have legalized some form of euthanasia, including Belgium, Canada, Colombia, Luxembourg and the Netherlands.

General Flynn is on a Roll, Drops Yet ANOTHER Bombshell

Trey Gowdy Lays it ALL On the Line