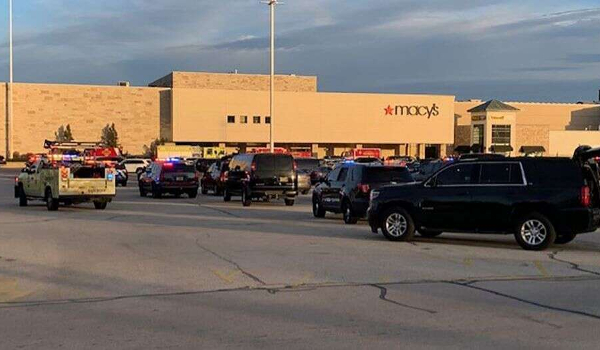 An active shooter situation is ongoing at Mayfair Mall in Wauwatosa, Wisconsin Friday afternoon and the suspect is still on the loose. Multiple victims have been transported, at least 8, none with life-threatening injuries. The shooting began around 3 p.m. local time.

The perpetrator is “at-large” as of 4:30 p.m. local time on Friday, November 20, the Wauwatosa Police Department alerts. They are still calling the Mayfair Mall incident and active shooter situation and officials report that “multiple injured victims have and are being transported from the north end of the Macy’s department store. None of the victims’ injuries appear to be life-threatening.”

Right now, there are about 75 police officers at the scene and searching for the shooter. One witness relates that “SWAT is not going through the mall — store-by-store — in their efforts to find the perpetrator.” Milwaukee County District Attorney John Chisholm is reportedly on the scene. The Milwaukee County Sheriff’s Office and FBI Milwaukee have “also indicated they have responded to assist.”

One mall employee relates that the whole mall was “being shut down” until they find the shooter. Whatever happened, she explains, “happened in the Macy’s end of the mall.” The witness is currently in “shelter in place” mode. A food court worker named Nate heard gunshots, “one after the other. There’s a shooting. We need to get out of here right away. It’s just chaos.”

According to Wauwatosa Mayor Dennis McBride, “none of the victims’ injuries appear to be life-threatening and they are being taken to the hospital.” Local news video shows “five people being lifted into ambulances. Armored cars, ambulances and other vehicles are scattered across the mall’s sprawling parking lot.” No information about the shooter is available.

The public is advised to avoid the mall area and use alternative routes. The FBI tweeted that they are currently supporting local law enforcement to locate the shooter and are providing a tactical response appropriate for a “shooting incident.” Scanner calls revealed that “Two juveniles” were shot “main west.” Emergency Medical Services radioed, “everyone seems to be coherent and it’s just appendages, nothing fatal at this point… Copy. Three victims, is that correct?”

As far as the shooter goes, all the radio had to say was, “Nobody knows, nobody has a description.” As of 4:00 p.m., “law enforcement officers from several agencies were still streaming into the mall, including officers wearing tactical gear and holding shields.”

The Explosive Connection Between Hillary And China’s Deadly New Weapon