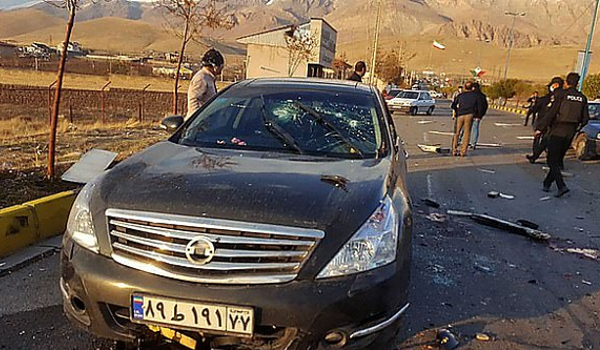 The top Iranian nuclear scientist was assassinated outside Tehran on Friday, giving the illegitimate Biden “transition team” something to think about. They fantasize about taking charge in a few weeks, so they already started planning how many pallets of cash to airdrop on the Ayatollah. He will demand appeasement for another dead official. They aren’t even sure if Trump’s done yet. He may reduce Tehran to a sheet of radioactive glass for a Christmas Present.

The Ayatollah is still steaming over the way this year got started, with Trump whacking General Qasem Soleimani on January 3. Now the “father” of Iran’s nuclear bomb program, Mohsen Fakhrizadeh-Mahabadi, got his chance to hook up with 72 virgins on Friday.

Military officials confirmed, “unfortunately, the medical team did not succeed in reviving him, and a few minutes ago, this manager and scientist achieved the high status of martyrdom after years of effort and struggle.” He was assassinated in his car.

One of Fakhrizadeh-Mahabadi’s bodyguards might have been packed with explosives. Reports say that the physics professor and expert in missile production was “killed in his car following an explosion and then machine gun fire.”

Two vehicles were involved. “one blown up and one shot at from the front.” local sources say “a scientist has been the victim of an assassination attempt in an armed attack by unknown people on his team of bodyguards.” It wasn’t just an attempt. He was officially “assassinated.”

witnesses heard the explosion followed by machine gun fire. Images depict blood pooled on the road by a car and a windshield riddled with bullet holes.

Even though Iran is certain that Trump is behind it, they are blaming the Israelis. They also think that Joe Biden will be in charge come January so don’t want to do anything to jeopardize those expected renewed pallets of cash.

Harris is also expected to ease the economic sanctions which are strangling Iranian attempts at world domination. Trump on the other hand, has nothing much to lose. Why not drop the big one now? The entire country may be assassinated by New Year.

Over in Israel, military officials are bracing for retribution, predicting “a very sensitive period” at the end of this year.

Only days since Israel Defense Forces were told to get ready for a potential U.S. military strike against Iran, against the illegal Iranian nuclear bomb factories, the head of the works was assassinated. Trump’s advisors recommended against a direct missile strike against the “advanced uranium centrifuges installed at its underground Natanz site.”

It seems that they have a whole lot more enriched uranium than they are supposed to, which indicates something sneaky in the works. Trump is trying to be even sneakier.

Since they can’t just turn the whole nuclear bomb factory into a crater, it appears the Pentagon surgically assassinated the man with the plan. Or at least had a hand in it. 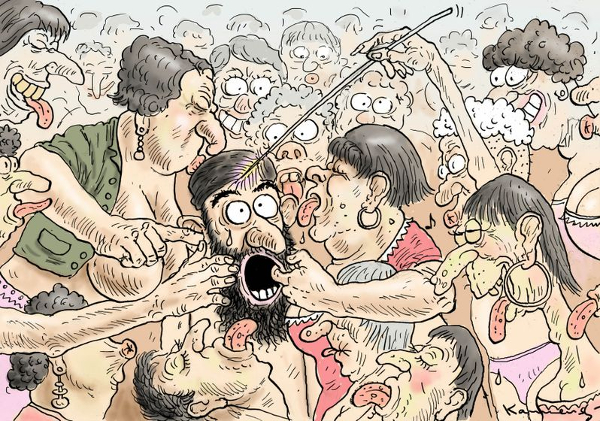 For now, all the fury of the Ayatollah is directed at Israel. According to a military adviser speaking for Ayatollah Ali Khamenei, Israel assassinated their top nuclear scientist only to “intensify pressure on Iran and create a full-blown war.”

If they want one, they can have one. “In the last days of their gambling ally’s political life, the Zionists seek to intensify and increase pressure on Iran to wage a full-blown war,” adviser Hossein Dehghan wrote.

“We will descend like lightning on the killers of this oppressed martyr and we will make them regret their actions!” Bring it on.