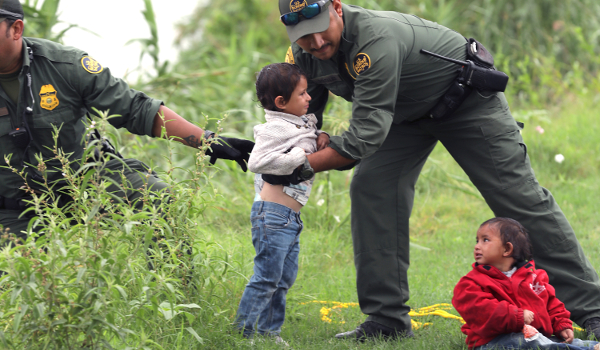 Overworked and under-appreciated agents with the U.S. Border Patrol were expecting the Palace ultimatum but Joe Biden let his Minister of Homeland Security break the news. Every single agent must “be fully vaccinated by November 22.” If not, Alejandro Mayorkas warns, they’re fired. Go ahead, most say. They’re tired of being treated as the enemy just for doing their job. Instead, trained professionals are reduced to babysitting and handing out “Welcome to America” starter packs.

Joe Biden and the Imperial Ministry of Homeland Security made it crystal clear that there is one element of people in our southern territories who simply aren’t welcome. Border Patrol Agents. On top of the general disfavor they are in, their ranks are about to be drastically pared.

Per the imperial decree signed by His Wisdom back on September 9, “all federal employees must be vaccinated against COVID-19.” No excuses, unless you work for the post office.

Border Patrol agents and all other crucial federal employees were stabbed in the back by more than “600,000 employees who work for the U.S. Post Office.”

Those are totally exempt “because their union was going to give them hell, and the Democrats need to Postal employees to help them deliver mail-in ballots in 2022 and 2024 so they can steal those elections too,” Unite America First writes.

Border agents will be allowed to apply for medical and religious exemptions on a case-by-case basis and some are already filling out the forms. Conservative lawmaker Jim Jordan of Ohio is still jumping up and down over the situation.

As top dog on the House Judiciary Committee he wrote a nastygram to the Homeland Security Minister advising Mayorkas he’s not happy. 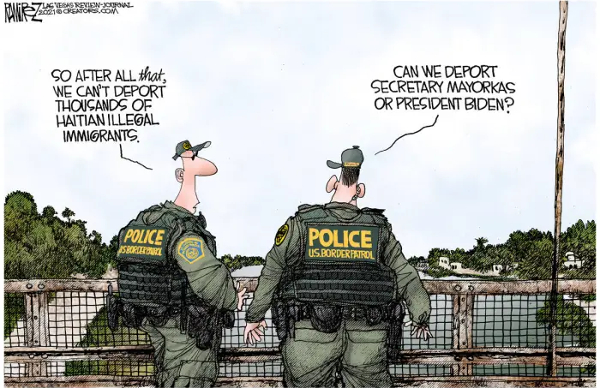 Jordan is convinced that the palace intends to start a crisis. After laying out the background of what he heard of the palace plot, the fierce Republican wrote, “your failure to support these federal law enforcement officials will only make the Biden border crisis worse and make our country less secure.”

It’s obvious to Jim Jordan and every other American that this alleged administration doesn’t care about national security. Welcome to the New World Order.

“The Biden administration has created an open border system.” It’s on purpose. The ever increasing invasion is proof it’s “by their design.”

For all the hyperbole over mandatory vaccine shots for every single immigration agent, they “have not been testing illegal migrants for COVID.” They just hand them a bus ticket to the American heartland and let them wander around to cough all over the nearest Whataburger.

This latest palace plot seems like an intentional attempt to reduce “the already-depleted Border Patrol workforce” in the middle of an unfolding crisis. “The administration doesn’t think there is a crisis.”

“For them, everything is going according to plan.” We “took an oath to uphold the Constitution” one agent declared. To “protect this country from all enemies, foreign and domestic. Biden took a similar oath, and he breaks it every single day.”