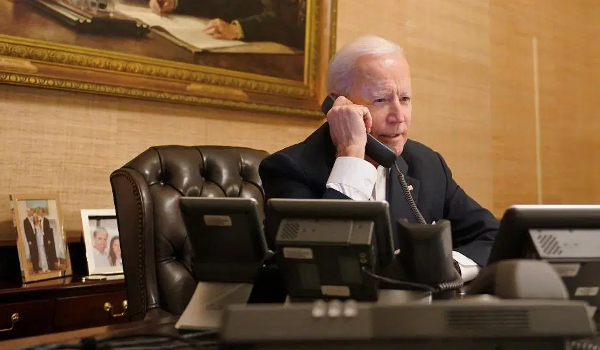 Imperial Leader Joseph Robinette Biden Jr. is in serious hot water now. He handed Afghanistan to the Taliban and now he has to hand his phone records to the public. At least that’s what conservative lawmaker Rob Wittman of Virginia is demanding.

There’s a hot demand on the street these days for the transcripts of the phone calls back and forth between His Wisdom Joe Biden and the new leaders of Afghanistan. It seems he has a regular hotline to the Taliban.

The Palace swears up and down that they couldn’t have done anything to make the bug-out go any smoother. There was no way to avoid handing all our gear to ISIS and leaving Americans stranded when the last plane flew away, they insist.

Rob Wittman isn’t buying the official story. He wants proof. Ever since the towel heads took charge, Joe Biden and the Palace Propaganda Ministry “told Americans that Afghanistan simply fell faster than anyone anticipated. And they just didn’t expect the Taliban to gain control so quickly.”

Nobody believes that. We could have evacuated the civilians first, and then the soldiers.

Wittman is convinced that there’s smoking gun evidence “that possibly contradicts the President’s message.” He told Faux News viewers he “demanded the release of all phone transcripts.”

He won’t rest until he gets “the records” of conversations Joe Biden had “with Afghan President Ashraf Ghani.” The current administration “has been misleading the American people.” 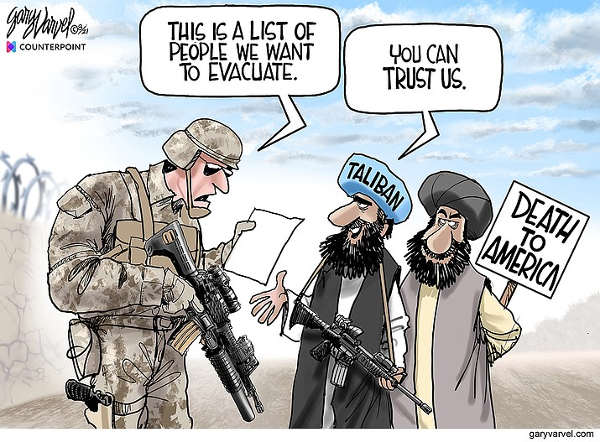 Wittman is certain that the controversy will drag the poll numbers liberals have been seeing down even further. It could cost Democrats the majorities they hold. Not just in Washington but at the lower local levels as well.

“We need to see all of the conversations that President Biden had with President Ghani, especially in light of what the president said, and that is that this overtaking of Afghanistan by the Taliban was completely unexpected.”

There’s no way the public can be expected to believe that. If Biden didn’t see the chaos coming when he yanked away air support weeks earlier, then he’s either blind or hanging out with Hunter too much.

From what he’s been told, the idea a Taliban takeover was wasn’t on the radar “completely contradicts this conversation that he had with President Ghani. I want to understand that.”

You would think Joe Biden would have a plan to “evacuate U.S. citizens and Afghan allies.” If he did, he should have done that first. Then they wouldn’t need to leave behind “$83 billion worth of equipment.” ISIS-K has been test flying Black Hawks already.

They got jets and tanks and all sorts of things to arm them with too. Now we need to get all the Afghani refugees resettled. Maybe they can bunk with the Central Americans in the welcome centers along the border. We’ll see how they get along with MS-13 after dealing with stone age theocracy.