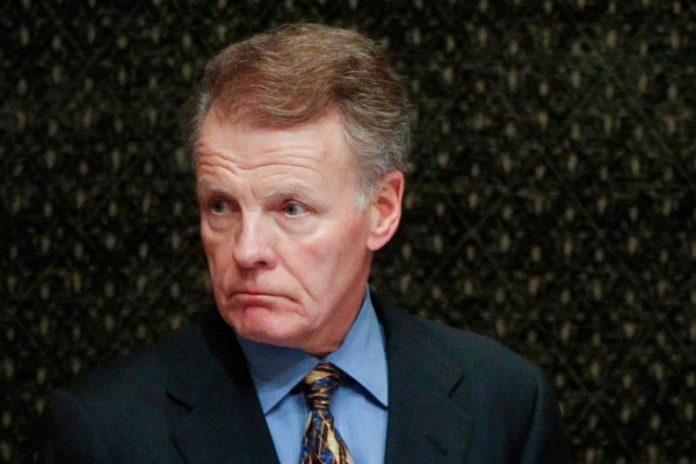 Several members of House Speaker Michael Madigan’s inner circle have been charged in connection to a bribery scheme by federal prosecutors.

Michael Madigan, a Democrat, is the longest-serving leader of any state or federal legislative body in the history of the U.S., having held the position for all but two years since 1983.

Madigan continues to insist that he has taken no bribes, but prosecutors don’t seem to agree, as they have indicted several of his confidants and close friends in a bribery scheme.

On Wednesday, prosecutors charged both longtime confidant Michael McClain and ex-ComEd CEO Anne Pramaggiore in connection to a bribery scheme designed to curry favor with the powerful Democrat lawmaker.

According to The Chicago Sun-Times, “Also named in the 50-page indictment are ex-top ComEd lobbyist John Hooker and Jay Doherty, the former president of the City Club, who was accused of helping to funnel hundreds of thousands of dollars to three people with ties to Madigan’s 13th Ward.”

Each of Madigan’s allies are charged in a document which makes frequent references to ex-ComEd executive Fidel Marquez, who has already pleaded guilty to bribery, and also repeatedly mentions “Public Official A,” who is not specifically named, but is clearly identified as Madigan.

Madigan has yet to be charged with any crime, despite the fact that the federal probe is obviously aimed at him.

A spokesman for U.S. Attorney John Lausch announced that he investigation that led to the indictment “remains ongoing.” McClain, Pramaggiore, Hooker, and Doherty are each charged with bribery conspiracy, bribery, and willfully falsifying ComEd books and records.

All four of the people being charged have defense attorneys who have vowed to fight the case against their respective clients. Patrick Cotter, McClain’s attorney, said the case is the “result of a misguided investigation and misapplication of the law, driven by an obvious desire to find some way to criminally implicate a current elected official, who happens to be Mike McClain’s longtime friend.”

The details of the new indictment strongly correlate with several details revealed in July when prosecutors charged ComEd with bribery in a case that has created political shockwaves in the past four months. It led to a legislative probe of Madigan’s dealings with the company, and may lead to Madigan losing his power as House Speaker in Illinois. Many of his democrat colleagues have said that they would vote for “a new direction with different leadership.”

Despite formally pleading not guilty in court, ComEd paid a $200 million fine, and admitted to several of the allegations in a “deferred prosecution agreement.” If ComEd abides by the terms of the agreement, the bribery charge filed in July will likely be dismissed.

Details of the Indictment

According to the recent indictment, McClain, Pramaggiore, Hooker, and Doherty arranged for associates and allies of Madigan to get jobs, contracts, and money, while doing little or no work, “for the purpose of influencing and rewarding” Madigan. It also mentions an unnamed law firm, favoring of applicants from the 13th Ward, “Madigan’s attempt to have former McPier CEO Juan Ochoa appointed to ComEd’s board of directors and the hiring of other individuals associated with Madigan,” according to the Chicago Sun-Times.

Pramaggiore then allegedly signed a false document supporting the renewal of a contract for Doherty’s firm, making it appear as though the large amount of money paid to it was for its “unique insight & perspective to promote ComEd and its business matters.”

The indictment also alleges that the four would hide the nature of their conduct by not referring to Madigan by name, but instead calling him “our Friend” or “a Friend of ours.”

McCain allegedly told Pramaggiore and Hooker in an email: “I know the drill and so do you,” and that “Our Friend will call me and then I will call you. Is this a drill we must go through?”

“I just do not understand why we have to spend valuable minutes on items like this when we know it will provoke a reaction from our Friend,” McClain allegedly wrote.