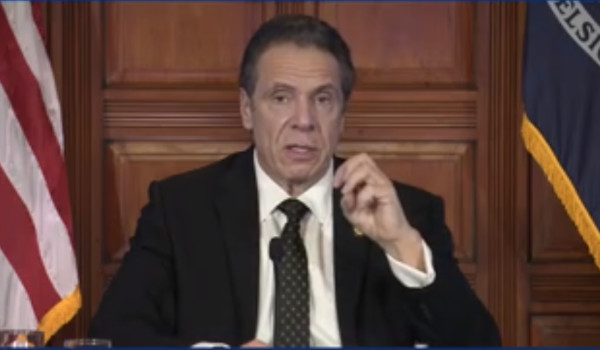 The problems are just piling up for Governor Andrew Cuomo of New York. The COVID19 nursing home scandal widens today as new information has come to light. Once again Secretary to the Governor Melissa DeRosa is at the epicenter of another bombshell revelation in this ongoing saga.

“Secretary to the Governor Melissa DeRosa told lawmakers weeks ago that Cuomo regularly conferred with Osterholm and other top doctors for advice to guide policies related to his handling of the coronavirus pandemic.”

The highly regarded infectious disease expert DeRosa referred to is Dr. Michael Osterholm, director of the Center for Infectious Disease Research and Policy at the University of Minnesota. Here’s the problem: Dr. Osterholm is denying he ever spoke to Governor Cuomo or his team other than “one 5-minute conversation” in spite of De Rosa stating they “regularly conferred”.

“I’ve had one 5-minute conversation my entire life with Governor Cuomo, just a few weeks ago when he called me just to congratulate me on a TV program appearance,” Dr. Michael Osterholm, said in an interview on “Firing Line with Margaret Hoover.”

Dr. Osterholm continued, distancing himself from New York state’s highly controversial COVID response which led to the deaths of between 13,000 and 15,000 senior citizens when 9,000 COVID+ patients were forced on nursing homes by the State per Cuomo’s orders.

“First of all, I had nothing to do with his nursing home activity at all,” Osterholm said in the interview. “I came on basically in early June only just to review data on a weekly basis — ‘did it meet the standards that they had set.’ So I was almost more of a technician than any kind of technologist. I never met with their group.”

“The governor speaks, well obviously Dr. Zucker chiefly advises us internally,” DeRosa said, according to a transcript of a Feb. 10 meeting with state legislators. “The governor speaks on a regular basis with Dr. [Anthony] Fauci and Dr. Michael Osterholm. I would say those are two of the people that are chief advisors.”

In a call with lawmakers, a top Cuomo aide called Dr. Michael Osterholm a “chief advisor” who spoke to the governor on a "regular basis."

Osterholm counters this claim on @FiringLineShow:

“I've had one five-minute conversation my entire life with Governor Cuomo," he says. pic.twitter.com/ljd1qbR8G5

As the Cuomo narrative continues to disintegrate, Cuomo is circling the wagons. Reuters reports that “New York Governor Andrew Cuomo has retained a prominent white-collar criminal defense lawyer to represent his office in a federal investigation into the state’s misreporting of COVID-19 deaths among nursing home residents, a spokesman said on Monday.”

For the Governor to pay retainer for so prominent a lawyer as Abramowitz suggests that Cuomo senses a likelihood that he will face charges related to his conduct of the COVID19 emergency and the subsequent deaths of thousands of New York’s most vulnerable citizens.