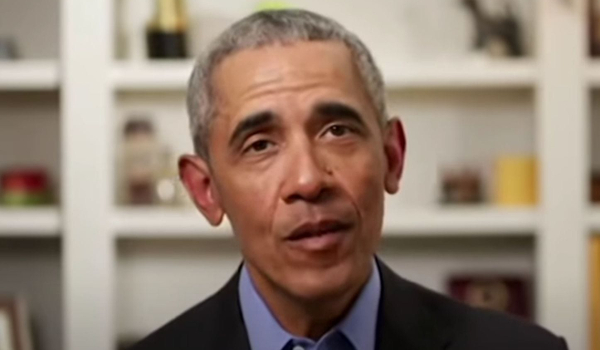 Mark Meadows understands that Americans are anxious to start hanging Obamagate traitors, or, at least, get them behind bars where we can keep an eye on them until we do start hanging them. He strolled over to the Fox studios on Sunday to confirm that yes, it’s “time for people to go to jail.” Durham probe indictments are on the way.

John Durham has been probing into FBI misconduct and he really did find some. The American people are expecting indictments,” Meadows said. He does too, “based on the evidence I’ve seen.” He knows that if Obama’s plumbers aren’t behind bars soon, there will be even more riots in the streets. The whole case against Donald Trump was a sham, and Senator Lindsey Graham, Meadows insists, “did a good job in getting that out. We know that they not only knew that there wasn’t a case, but they continued to investigate and spy.”

Meadows made it crystal clear. “Yes, I use the word spy on Trump campaign officials and actually even doing things when this president was sworn in.” Saying things were done “in an inappropriate manner,” is an understatement. Meadows insists, “you’re going to see a couple of other documents come out in the coming days that will suggest that not only was the campaign spied on, but the FBI did not act appropriately as they were investigating. It’s all starting to come unraveled. And I tell you, it’s time that people go to jail.” There will be indictments.

George Papadopoulos took what Meadows had to say about indictments as such a good sign, he had to tweet his joy. “Two years ago I was one of four witnesses who testified behind close doors about FISA abuse to the house oversight committee in front of Mark Meadows and John Ratcliff. Very sensitive testimony. It’s time.” Carter Page will be happy about the news too.

Two years ago I was one of four witnesses who testified behind close doors about FISA abuse to the house oversight committee in front of Mark Meadows and John Ratcliff. Very sensitive testimony. It’s time 🇺🇸

Peter Strzok sure to be named

One person sure to be named in the indictments is Peter Strzok. FBI internal documents surfaced in April that show the former head of FBI counterintelligence ordered the investigation of former National Security Adviser Michael Flynn to remain open, even after it was slated to be closed because there wasn’t any evidence Flynn did anything wrong. Strzok came up with the idea of trapping Flynn under the Logan Act, “a law never used in a successful prosecution.” It was meant “to prevent individuals from falsely representing the U.S. government abroad” but it was written before the telephone was in use.

Strzok was up to his eyeballs in the Carter Page wiretap case too. After the Inspector General for the Justice Department found a bunch of serious mistakes in the “bureau’s heavily flawed investigation into former Trump adviser Carter Page,” they went back and pulled a selection of files for spot checking. Not a single one of all they checked was done properly. IG Michael Horowitz “identified critical errors in every FBI wiretap application that it audited.”

In order to spy on the Trump campaign to help Hillary Clinton win the election, The Federal Bureau of Instigation got a wiretap on Carter Page by lying to the Foreign Intelligence Surveillance Act Court and telling them repeatedly that they believed Page was “a foreign agent.”

It was all a lie

Everything the FBI told the court was a lie. Recently, they admitted that the “warrant applications lacked probable cause and should not have been sought. The FBI and Department of Injustice were well aware that Page was working for the CIA, but intentionally hid that from the court. One lawyer representing the FBI “even falsified a CIA email submitted to the Foreign Intelligence Surveillance Act court in order to make Page’s communications with Russians appear nefarious.” These acts will lead to indictments.

To back up their false accusations, the FBI relied almost exclusively on Christopher Steele’s dirty dossier. They never told the court that both Steele and his dossier were bought and paid for by Hillary Clinton. The parts that weren’t backed up by Steele’s dossier were backed up by news articles. Leaking sensitive and classified information to the media are crimes which there will be indictments for. The articles were written from pieces of Steele’s dossier selectively leaked to the press, and deliberately used to circularly confirm the false accusations in the dossier.

The biggest reason for Meadows to believe that indictments are coming soon is that more documents were released on Friday. The Senate Judiciary Committee disclosed a 57-page summary “of a three-day interview with Christopher Steele’s primary sub-source.” It confirms that the whole dossier is a bunch of crap. The FBI knew going in that the material was “unsubstantiated and unreliable” yet they used it anyway. According to the man who spoon fed the lies to Steele, it was “second and third-hand information and rumors at best.” The Russians were having fun with Steele trying to see who could come up with the most outrageous claim that he would still believe. Steele never questioned a word of it.

Jan. 6 Defendant Says FBI Tried to Recruit Him to Spy

WTF: Teacher Says She was Fired for not ‘Meowing’ Back at Student Who Identifies as a Cat