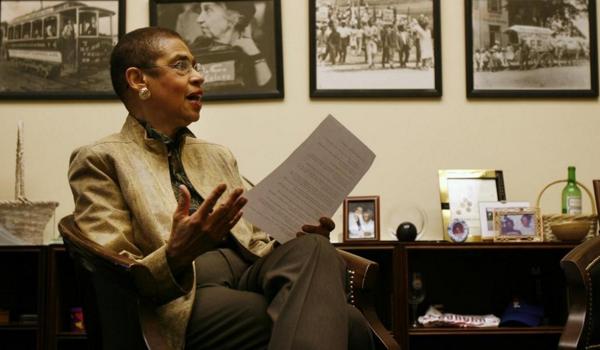 It’s time for Congress to fork over some cash to pay for all these immigrants they ordered, says someone in Washington, D.C. who actually does what they’re supposed to do. Eleanor Holmes Norton is their district representative, so “introduced a bill in the House to provide $50 million in emergency aid for thousands of migrants being bused into the District from Texas and Arizona.”

The Democrat controlled Congress enacted the open borders policies of the New World Order, with the full blessing of His Imperial Wisdom Joe Biden. For years, they have been building toward this very moment. One would expect them to be ready to welcome thousands of migrants per day with open arms.

Instead, they have trouble finding a few hundred a place to sleep for a night or two. After that, they’re on their own. Lost in America, like the Alice Cooper song, searching for a girl with a car and a gun and a job, so they can go to school.

The flood of invading immigrants has overwhelmed the southern border. Out of desperation, the border states of Texas and Arizona started to pipe the overflow east to the sanctuary cities who asked for them. D.C. Mayor Muriel Bowser was instantly overwhelmed.

Did you get free phone, food, health care?

Did your kids get free school supplies?

The local charities were all maxed out and George Soros is nowhere in sight. As a last ditch effort, she called in the National Guard. They said no. On August 22, they said no again. The next day, Norton filed her paperwork dumping the mess in the lap of Congress, where it belongs.

Norton want’s a quick $50 million transferred over to the FEMA account so they can get their hands on emergency food and shelter. That batch of cash should “cover humanitarian aid to migrants, including those being bused into the District.” At least, for a little while.

Congress can pick up the slack as the buses keep rolling in from the borderlands, day and night. They can’t wait for Title 42 to end. This will seem like a trickle to what hits then. New York has been getting their share of migrants and have started putting them up in hotel rooms. 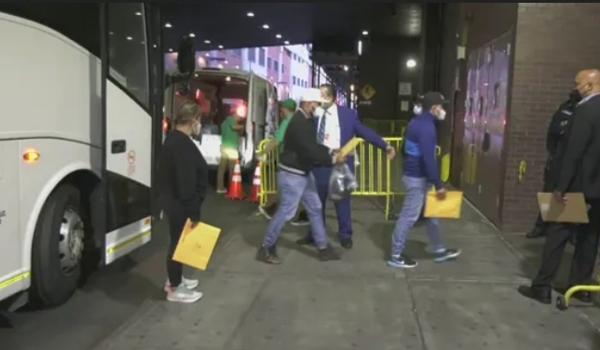 Those nasty Republican Governors, Norton insists, are “exploiting and harming desperate and vulnerable migrants for political gain.” Congress simply must act now to ease their transition to American citizenship. She doesn’t seem to care that Governor Greg Abbott and the state of Texas has been dealing with a whole lot worse for a whole lot longer.

Texas is overwhelmed, Arizona is overwhelmed. In California, nobody seems to even notice the extra citizens until they sign up for food stamps. Then again, they’re putting their truckers out of work and trains refuse to cross the border until some of the freight gets moved out of the state. They’ll soon have so many migrants they won’t need trucks. They can form a human chain and pass each box hand-to-hand all the way from the Port of Oakland to Yuma.

As Ms. Norton presented her ideas to Congress, a spokesman for D.C. Public Schools assured each and every migrant their kids can go to school, please don’t bring a gun. “We are committed to supporting families in the District and are proud to welcome students to DCPS.” 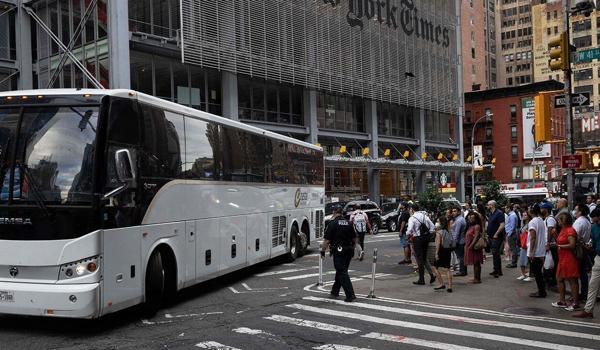 Liberal educators have been waiting for this moment so they can finally separate away all those disturbing clumps of White kids in the classrooms.

“We have a process in place to support families who have arrived here under these types of circumstances and will be providing direct enrollment and other DCPS supports,” the school system promises. After Norton’s bill gets kicked around in the House, where it will probably get some pork stapled in and raise the cash infusion even higher, it will go to the Senate where it has a much less promising fate.

If Senators decide to cooperate, they’ll peel the pork back out and allow FEMA to go ahead and set up some tents. They aren’t guaranteed to cooperate. Republicans in Congress don’t have to go out on a political limb and oppose it, all they really need to do is ignore it until it goes away. After the mid-terms we could be looking at a new balance of power.

Pelosi Bombshell: There’s Something We Have Not Been Told