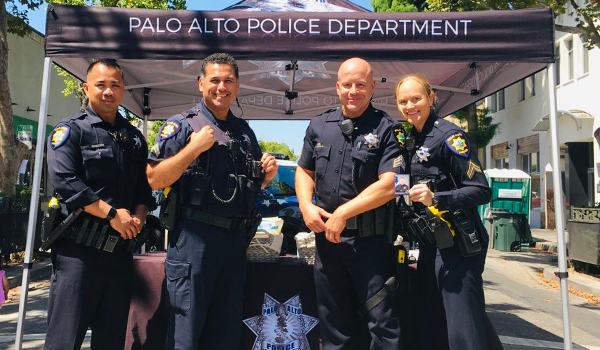 BLM has a new way of funding reparations, the smash and grab robbery. Palo Alto, California police are scouring the area for a coordinated team of thieves who “ran into a Louis Vuitton store and fled with more than $100,000 in handbags.”

The manhunt has been underway since Monday afternoon for 11 members of the BLM burglary brigade who acted like a well trained and “coordinated group” to loot and pillage an upscale fashion store, making off with a quick 100 grand worth of designer purses.

According to police, “the incident occurred around 5:30 p.m. Monday at a shopping center in Palo Alto, about 30 miles south of downtown San Francisco.”

According to Palo Alto PD, “The group stormed the store, grabbed 36 handbags, and fled the scene.” They were also well prepared. “They exited the store quickly, ran through the mall, and fled in five vehicles prior to police arrival.”

Witnesses described the suspects but they all looked alike. Eleven Black people dressed in BLM Antifa® black wearing black masks. Some were male, some were female. “Possibly in their late teens or early twenties.”

The good news is that nobody got hurt. “The suspects caused no injuries, and no weapons were used.” They don’t seem to be poor folk either.

“The suspects’ vehicles were described as a gray Lexus sedan, a gray Infinity SUV, a white Audi sedan, a black four-door Hyundai sedan, and a red two-door Honda sedan.” Those are nice rides for BLM social-justice sympathizers. They must make a bundle selling bags on the black market.

More good news is that at least one female suspect was captured on video and the still photos are making the rounds. Police are hoping someone who knows her will turn her in for reward money.

Any BLM protesters looking for extra cash can contact the cops any time. An arrest gets a check. They aren’t releasing the video yet because it has some juicy parts they don’t want the public to know they know yet.

The photos didn’t come from the tape, “A witness was able to photograph the woman as she fled through the mall carrying some of the stolen handbags,” police relate.

Other images of other BLM thugs may be surfacing soon. They’re also working with their “regional partners to see if the suspects may be linked to other similar crimes in the area.”

As noted by a spokesman for the Palo Alto Police, the BLM burglary crew is possibly connected to a similar incident at another high-end department store, Neiman Marcus. The vehicles were different but the rest is a match.

“During the May 19 theft, a group of at least 10 suspects ran into the open store and made out with 43 handbags, valued at more than $150,000.” That seems to suggest that Black Lives Marketeers prefer the Neiman Marcus brand.