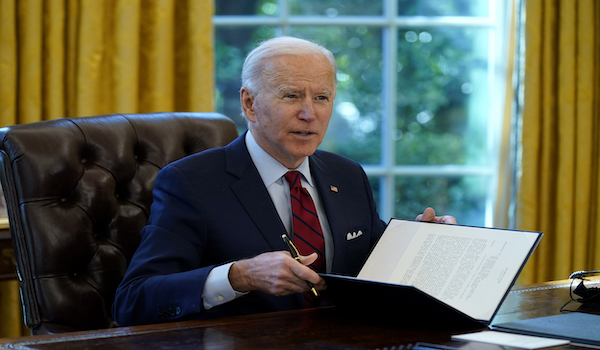 Get ready for some liberal heads to explode, and possibly a few on the right.

The Biden administration has requested legal immunity for the Crown Prince of Saudi Arabia.

It is a bit of a shocking move for an administration that has stated it will hold him accountable for the death of journalist Jamal Khashoggi.

The death of Khashoggi was a major focal point of Biden during the campaign as well as after he took office.

Biden has maintained that he will hold the Prince accountable for his death.

After the request was made public, the State Department explained it away as routine and a way of protecting our own politicians from being hauled into an international court on trumped-up charges.

State further added that it “takes no view on the merits of the present suit and reiterates its unequivocal condemnation of the heinous murder of Jamal Khashoggi.”

Those who wanted to hold the Prince accountable just about lost it.

Sarah Leah Whitson, Head of Democracy for the Arab World Now, went right on the attack, stating, “It’s beyond ironic that President Biden has single-handedly assured MBS can escape accountability when it was President Biden who promised the American people he would do everything to hold him accountable.”

She added, “It’s impossible to read the Biden administration’s move today as anything more than a capitulation to Saudi pressure tactics, including slashing oil output to twist our arms to recognize MBS’s fake immunity ploy.”

Tough to hold someone accountable if you just gave them immunity.