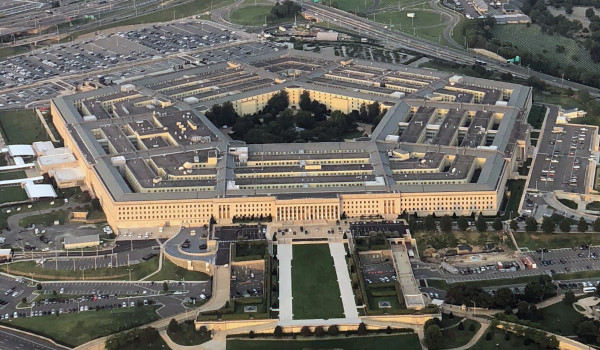 Under alarming orders from the Biden-Harris rogue regime, the United States Navy has been exercising “extremism training” that according to Fox News says it is appropriate for servicemen and women to advocate for Black Lives Matter while at work and in uniform. However, the sailors are not allowed to discuss any “politically partisan” issues. Fox News sourced training slides obtained by their reporters.

Black lives matter has been a heated political flashpoint at the very center of the 2020 election cycle. It is virtually impossible to discuss BLM without also discussing the 180 days of extremist violence that gripped over 140 cities and cost Billions in damages and the lives of 27 people. The Democratic Socialist left has fostered, nurtured and encouraged the rise of identity politics for decades and at this point the BLM movement, represented frequently through the Marxist symbolism of the closed fist is indivisible from leftist politics.

After all, as the New York Post reported, BLM Global founder Patrisse Cullors  described her and her cohort proudly as “trained Marxists”. Something many right leaning news outlets found alarming almost 2 years ago.

“The first thing, I think, is that we actually do have an ideological frame. Myself and Alicia in particular are trained organizers,” she said, referring to BLM co-founder Alicia Garza.

“We are trained Marxists. We are super-versed on, sort of, ideological theories. And I think that what we really tried to do is build a movement that could be utilized by many, many black folk,” Cullors added in the interview with Jared Ball of The Real News Network.

Black Lives Matter not Partisan According to the USN?

That being said, how can the US Navy and the Government at large NOT consider the BLM movement “politically partisan”?

“A question posed in a “scenarios for discussion” slide asked if BLM was “political stuff” that superiors in the Navy are “not supposed to be talking about at work,” according to the slides, which Fox obtained from a U.S. military official who took part in the training at the Pentagon.

The answer given by the Navy called BLM a “public policy issue” and gave the green light for advocating for the organization “as long as the behavior is otherwise lawful and the advocacy is not politically partisan in nature.”

At a Monday Press briefing Pentagon Press Secretary bluntly deflected answering this serious logical disconnect so well that Jen Psaki should take notes. When asked that very question as to whether discussing BLM in the workplace is “considered partisan”. Kirby answered, he was “not able to answer that question” because such a discussion would “go down a rabbit hole on a million different things.”

He completely lost the script with the next sentence though,

“And that’s what we’re trying to get after,” Kirby added.

Let. That. Sink. In. The Pentagon’s biggest concern is “the kind of ideology that inspires conduct and behavior”. But BLM is fine…. Apparently they missed the memo about the 180 days of “conduct and behavior” that BLM rioters were ‘inspired’ to last year. The implications here are very alarming. The Government has declared that the BLM movement and its’ Marxist identity politics are not “political” but rather a “public policy issue”, lending the violent movement legitimacy in our military.