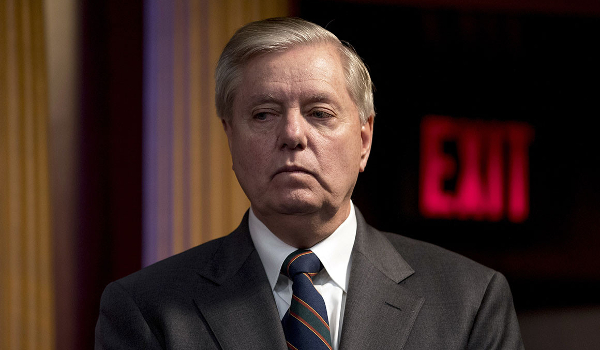 Lindsey Graham is on the way out. He won’t be chairman of the Senate Judiciary Committee moving forward. As a parting gift to conservatives, he released a whole bunch of documents declassified by President Donald Trump. They’re said to provide minute details confirming how the FBI manufactured non-existent Russia collusion out of thin air. “The leadership of the FBI under Comey and McCabe was either grossly incompetent or they knowingly allowed tremendous misdeeds.” Of course, now that the Democrats are in charge, the evidence will disappear faster than water on a hot rock.

Senator Graham issued a statement condemning the injustice carried out by rats in charge of the DOJ cheese, describing the illegal Deep State operation to discredit President Donald Trump “a massive system failure by senior leadership.”

That would include James Comey and Andrew McCabe along with many, many others. Obamagate was “one of the most incompetent and corrupt investigations in the history of the FBI and DOJ.”

The Federal Bureau of Instigation was smack in the middle of the dirty tricks. They flat out lied and forged bogus documents to present to the secretive “star chamber” Foreign Intelligence Surveillance Court.” That’s not legal. They got away with weaponizing government apparatus against a political candidate unchallenged. The sedition got worse after candidate Trump became president.

Then it be came a coup plot. What’s been frequently called “Watergate on steroids” has been largely ignored. The chances of anyone ever being called on the carpet for it nosedived after the New World Order assumed control in what millions of Americans are convinced was a rigged election. Oops, we’re not allowed to mention that.

The documents are available for public review and include numerous transcripts from Graham’s committee hearings. The core of the material are “interviews with 11 DOJ officials ranging from unnamed special agents to Bruce Ohr.”

All of these people were “former and current government officials who themselves worked directly” on the Trump targeted witch-hunt from the “very start of that investigation as it was launched and then first getting underway.”

The good parts in the newly disclosed material relate to the “now infamous FBI debriefings of Christopher Steele and his sub source.” All the dirt in his fictitious dossier was spoon fed to Steele by someone who “was also under investigation by the FBI at that time.” Other interviews describe exactly how Cambridge professor Stefan Halpert fits into the scheme.

“He’s important because he was in contact with Trump campaign aides Carter Page and George Papadopoulos, all of which had been known for several months.” While there isn’t anything most followers of the drama didn’t already know, there are lots of “nitty-gritty details about the origins of the Russian probe.”

Graham explained in his statement that “The FISA court was lied to. Exculpatory information was withheld on those being investigated. The investigators, with some notable exceptions, were incredibly biased and used the powers of law enforcement for political purposes.”

None of that should have ever been allowed to happen. For some reason, nobody wants to do anything about it either. President Trump tried to have it investigated and he got crushed by the Deep State for it.

Nobody but Lindsey Graham seems to care that “the leadership of the FBI under Comey and McCabe was either grossly incompetent or they knowingly allowed tremendous misdeeds.” Conservative Americans are convinced they did it on purpose. Saying that will get you censored or worse. Its crystal clear now that the fix was in all along.

“There was a blind eye turned toward any explanation other than the Trump campaign was colluding with foreign powers. At every turn the FBI and DOJ ran stop signs that were in abundance regarding exculpatory information.”

Before William Barr turned his back and walked away from the fight, he appointed John Durham as special counsel, allegedly to continue the fight. “It is my hope that the Durham report will hold those accountable for the travesty called Crossfire Hurricane,” Graham argues.

“Former FBI Director Comey and his deputy Mr. McCabe, through their incompetence and bias, have done a great disservice to the FBI and DOJ, and the senior DOJ leadership who signed off on the work product called the Crossfire Hurricane investigation have created a stain on the department’s reputation that can only be erased by true reform.” With the globalists firmly in control, that’s not likely to happen.