While the Chinese Communist Party continues to take advantage of the fallout from the global COVID19 panic, encroaching further and further into the South China Sea and pressing against neighbors in the Philippines, Japan, and the Republican of China Taiwan, someone is taking action. While Beijing sabre rattles with their brazen attempts to intimidate the US with “aircraft carrier killer missiles” and their own domestically produced carriers taking to the seas, Taipei is answering with their own challenge to China’s shiny new carriers. They’re gearing up Taiwan’s domestically designed and built ‘carrier killer’ corvette, purpose-built to dominate the Taiwan strait and render Beijing’s big new toys a non-factor.

“However, Beijing may have received a similar, and notably as clear message from Taipei this month after the Taiwanese Navy announced that it has launched the first of its heavily armed “carrier killer” corvettes.”

Taiwan Isn’t Waiting For Us, They’re Gearing Up 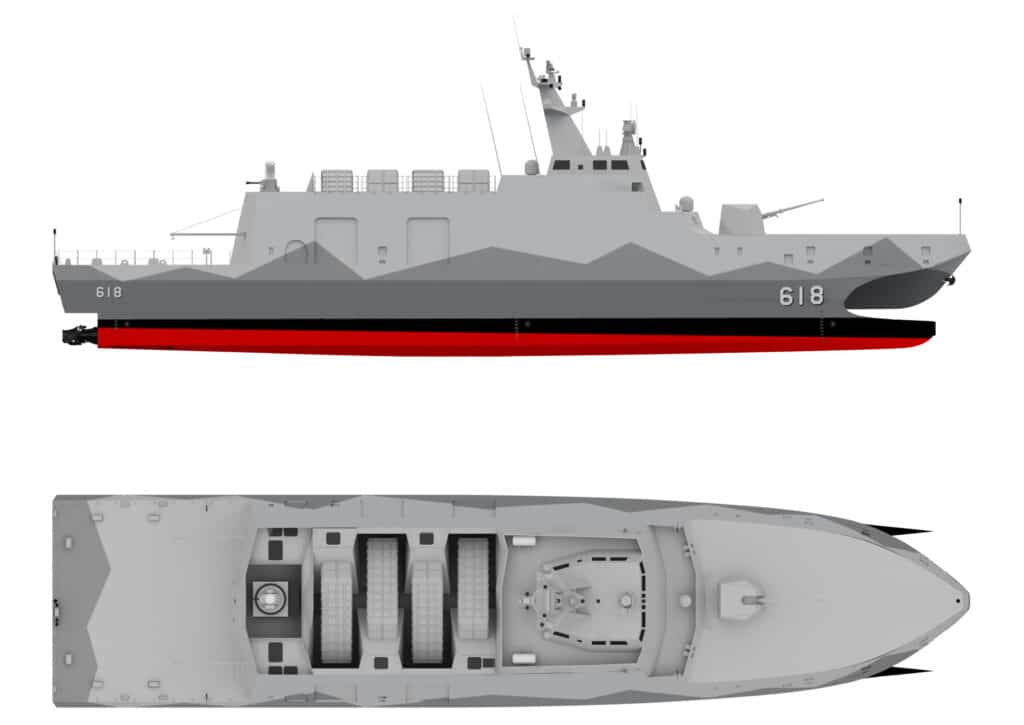 Republic of China (Taiwan) President Tsai Ing-wen smiled in the rain as she presided over the launch of the first Tuo Chiang-class Guided-missile-corvettes amidst pomp and circumstance that would do any Navy proud at the Lungteh Shipyard in Yilan’s Su-ao. Hull numbers 618 and 619 are very heavily armed pound for pound and blindingly fast by nautical standards clocking 45 knots fully armed the Tuo Chiang and her sister ship Ta Chiang are armed with OTO Melara 76mm naval guns according to Navalnews.com 8 ship to ship missile launchers loaded with Hsiung Feng II missiles and 8 launchers for the medium-range land attack capable supersonic Hsiung Feng III missiles and 16 ground to air missile launchers to interdict airspace. They’re pack hunters, capable of laying waste to a surface naval group and equipped with Torpedos and a low-sonar profile thanks to their catamaran hulls to engage submarines. And get this: Taiwan is slated to launch another nine of them by 2026. Six by 2023 and five more by 2025.

Japan Is Re-Arming Too

Since 2016 Japan has been steadily rearming their Navy starting with the launch of the JS Izumo a “Helicopter destroyer” which is every bit an aircraft carrier capable of fielding the F-35B Lightning II fighter and her sister ship the JS Kaga. 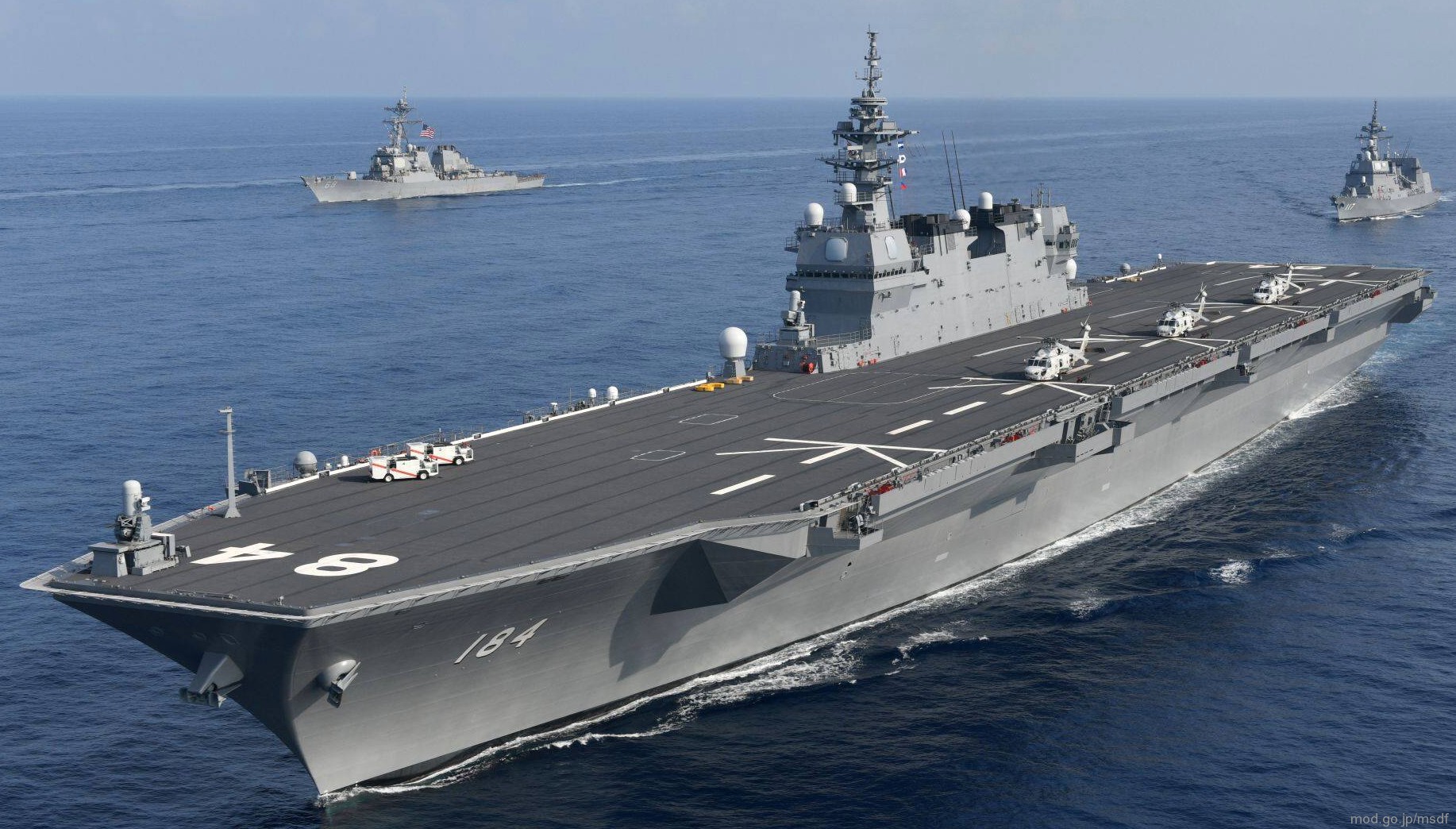 Business Insider wrote, “Izumo and its sister-ship, Kaga, are both 813 feet long, and, like the Hyūgas, were helicopter-carriers intended for ASW operations.

However, in 2018, after years of speculation, the Japanese government confirmed that it would convert the Izumo-class ships into aircraft carriers and that it would buy 42 F-35Bs with short-takeoff and vertical-landing capability.”

One thing has become perfectly clear: Japan and Taiwan are no longer content to sit back and let the US fight their battles for them. They likely know what we know: that the Biden-Harris regime has no interest in defending them.