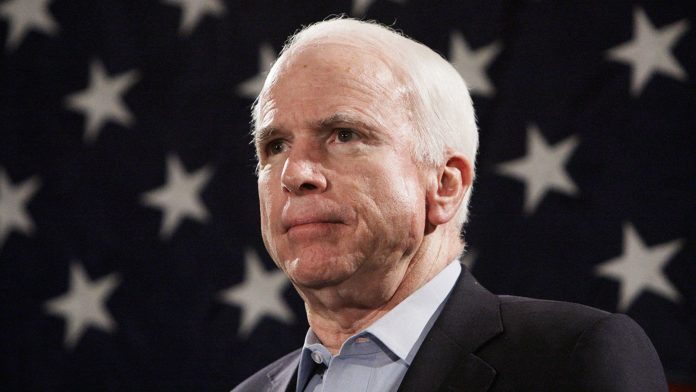 The late Senator John McCain will be remembered by many as a RINO who openly fought against the more conservative members of his party, but recently revealed secrets about his past are adding to his already tarnished legacy.

Multiple sources have reported that Senator John McCain was responsible for crippling efforts to bring American prisoners of war home from Vietnam, and even went as far as attempting to ‘debunk’ their existence.

During his time in the Senate, McCain quietly sponsored and pushed into federal law a set of prohibitions which ensured that information about POWs in Vietnam was buried as classified documents.

“Thus the war hero who people would logically imagine as a determined crusader for the interests of POWs and their families became instead the strange champion of hiding the evidence and closing the books,” the American Conservative reported.

Further, John McCain was also instrumental in amending the Missing Service Personnel Act, soon after the legislation had been strengthened by POW advocates, who added criminal penalties to the act in 1995.

The law stated: “Any government official who knowingly and willfully withholds from the file of a missing person any information relating to the disappearance or whereabouts and status of a missing person shall be fined as provided in Title 18 or imprisoned not more than one year or both.”

One year later, during a closed House-Senate conference about unrelated military legislation, McCain added a crippling amendment to the Missing Service Personnel Act.

The amendment stripped the criminal penalties and the ability to enforce them out of the legislation.

McCain’s actions, which were allegedly at the behest of the Pentagon, reduced the “obligations of commanders in the field to speedily search for missing men and to report the incidents to the Pentagon,” according to reporting from the American Conservative.

In his argument regarding amending the legislation, John McCain asserted that the existence of the criminal penalties would have made it impossible for the Pentagon to find people willing to work on POW/MIA related matters.

“By eviscerating the law, McCain gave his stamp of approval to the government policy of debunking the existence of live POWs,” the American Conservative concluded.