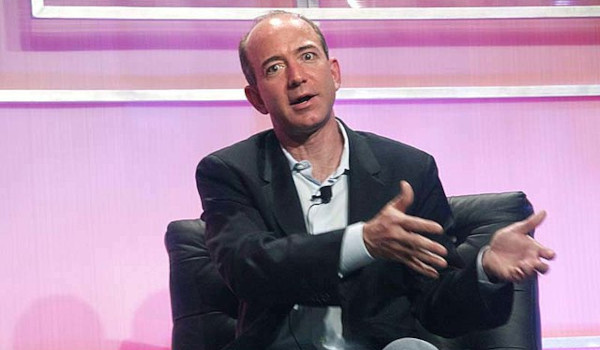 Amazon’s and Blue Origin’s Jeff Bezos has lashed out at SpaceX and Tesla tycoon Elon Musk in rather public fashion following his successful trip into space in July 2021. The trouble seems to have kicked off not as you’d suspect with the legendary professional rivalry between the two, but with a single particular event.

On July 30th, Blue Origin, Bezo’s space-bound venture was denied a protest they made to NASA’s award of a lucrative $2.9 Billion contract to Musk’s SpaceX. This contract was the big one, this contract asserts that it will be a SpaceX craft that takes America back to the moon.

In a statement at that time, Blue Origin argued that NASA had chosen the most “immensely complex and high-risk” option which they asserted complete with a snazzy infographic.

https://t.co/23ZLTIYFru @blueorigin calling out @SpaceX for having the significantly more complex lander while advocating for theirs.

They told the press in a statement,

“We stand firm in our belief that there were fundamental issues with NASA’s decision, but the GAO wasn’t able to address them due to their limited jurisdiction. We’ll continue to advocate for two immediate providers as we believe it is the right solution,” a spokesperson for Blue Origin said following the decision.

“We’ve been encouraged by actions in Congress to add a second provider and appropriate additional resources to NASA’s pursuit to return Americans to the Moon. We’re also very encouraged by Administrator Nelson’s comments over the past week that reaffirm NASA’s original intent to provide simultaneous competition. The Human Landing System program needs to have competition now instead of later — that’s the best solution for NASA and the best solution for our country.”

According to Business Insider, the infographic and statement miss a pretty key point when dealing with the government:

“The graphic doesn’t, however, note the cost of the Starship lunar lander. SpaceX’s proposal estimates that it will cost NASA $2.9 billion, while Blue Origin’s gave a price of $5.9 billion.”

Blue Origin also notes that the Starshiip-Super Heavy system hasn’t launched yet and that the new SpaceX facility in Boca Chica, TX hasn’t accommodated a launch yet. But in a classic fashion, they leave out another key differentiator that SpaceX has and Blue Origin doesn’t: Blue Origin, has never launched any rocket to orbit from anywhere and SpaceX has been putting astronauts into space since May 2021, they are currently on their third manned mission. In true rocketry style… that’s a real burn.

Elon Musk, who to rights could’ve engaged in some absolutely brutal savagery on Twitter as he’s sometimes apt to do, took the high road: heaping praise on NASA and doing the same thing they have… largely ignoring Bezos.

Just want to say thanks to those in government who fight hard for the right thing to happen, despite extreme pressure to do otherwise.

Therein lies the core goodness of the American state.

100 Million Year Old Discovery is ‘One of a Kind’