Isn’t it interesting that so many groups can claim to advocate for women’s rights and then go on to define them with their own narrow standards that in no way actually respect the rights of women? Can you think of any groups that do that? Like the Democratic Party and….. oh, yeah! The Taliban! It’s almost as if there is a common thread linking fundamentalist radicals even when they have extremely divergent goals and principles, they’re even eerily connected by their boundless hypocrisy!

The Taliban and The Democrats: Joined Hypocrisy and Fanaticism

In the most graphic and horrifying example since the Taliban reclaimed control of Afghanistan in the void created by Biden’s failed withdrawal, the Islamo-fascists in the same day promised the press and the public that they would “respect women’s rights within the framework of Islamic law” murdered a woman in cold blood.

“The Islamic Emirate of Afghanistan is ready to provide women with environment to work and study, and the presence of women in different (government) structures according to Islamic law and in accordance with our cultural values,” the Taliban spokesman said.

The Taliban held their first official news conference in Kabul since they took over the city, claiming they wanted peaceful relations with other countries and vowed to respect women’s rights within the framework of Islamic law https://t.co/nWgIaySQwy pic.twitter.com/ggcj9amPl1

Later that day The New York Post reports, Taliban forces shot and killed a woman for not wearing a burqa or hijab in Takhar province.

“A photo emerged of a woman in Takhar province lying in a pool of blood, with loved ones crouched around her, after she was killed by insurgents for being in public without a head covering, according to Fox News.” 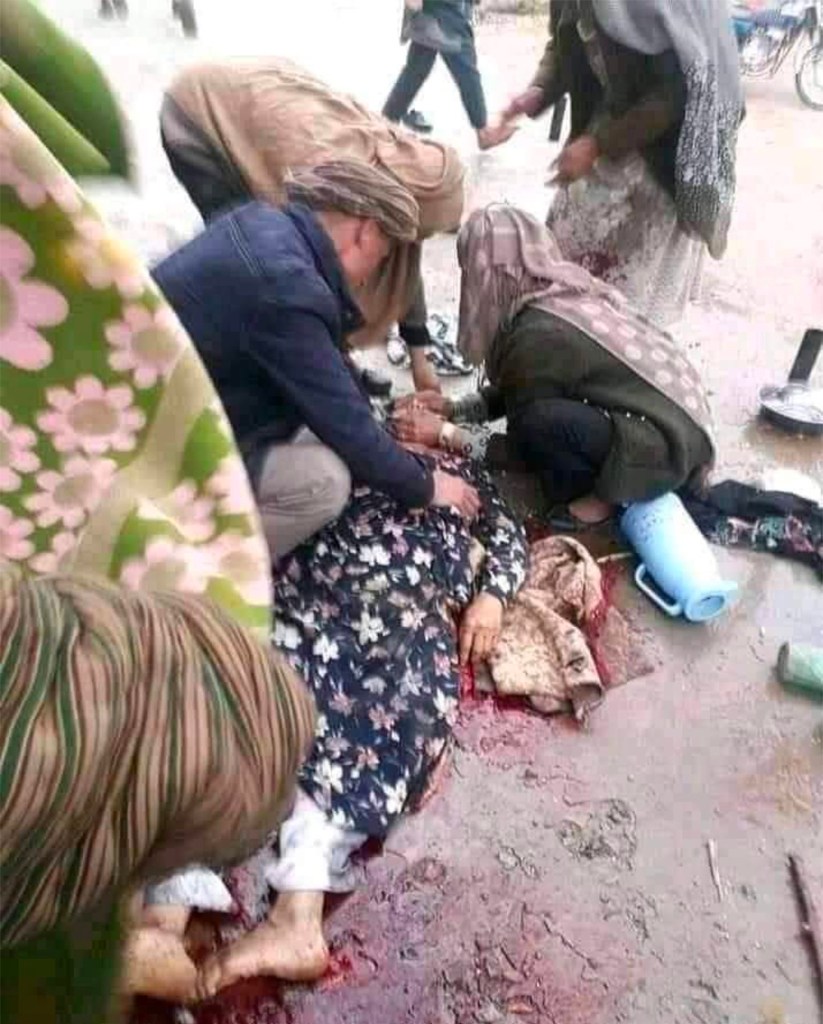 At The End of The Day: It’s Always About Indoctrination And Control

Whether you’re talking about the Taliban’s sharia-law-based treatment of women or you’re making it impossible for women to compete athletically by forcing them to compete against men who have been surgically altered to appear female, both the ideologies of the hyper-orthodox Islamic Taliban and the woke, intersectional identitarianism of the western leftists require the same of you: your complete and total willing submission. Mere tolerance or obedience is not sufficient. No, you MUST SUBMIT. And if you do not then you are their enemy and must be met with all deliberate force, and you can be with no guilt on their part because it is YOU are evil.

That is how the Taliban and the Democrat-Socialists of the United States are so very, very alike. They are both wildly hypocritical and astonishingly adept at double-think, saying one thing, doing something completely contradictory, and believing wholeheartedly that they are morally right in both. And they require your complete and total submission to their ideology. You must come to realize that you are wrong for them to accept you. Both are authoritarian in nature and cannot tolerate any dissent, and will react violently when confronted with it. They are both, objectively wrong, and objectively evil.