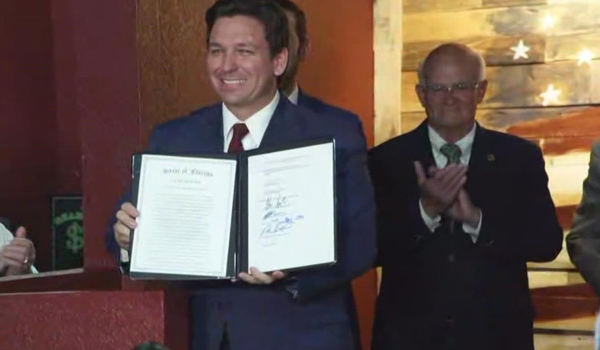 From now on, Florida will have a special force of election police, thanks to a law signed in to effect by Governor Ron DeSantis on Monday, April 25. The statute gives his administration a whole new way “to probe election crimes.”

Florida decided to overhaul their election system and become one of the first states in the country to set up a dedicated election police force to focus on fraud and abuse.

The state is one of those notorious for becoming a hard fought battleground.

“I don’t think there is any other place in the country where you should have more confidence that your vote counts than in the state of Florida,” DeSantis declared, before pulling out his pen and inking the election police into existence.

Donald Trump certainly appreciates that, as a resident of Florida, himself. Everyone knows how he feels about election fraud.

DeSantis knows he’s getting noticed by conservative Republican big-wigs. He would much rather be out in front and setting the pace than playing catch up.

His election police idea certainly earned him some extra brownie points with the ultra-conservative wing. Maybe more states will follow the example. 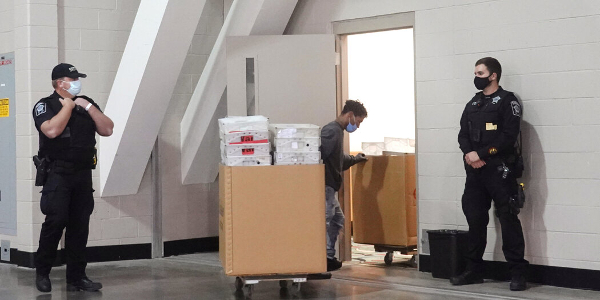 Progressives over at CNN are sucking sour grapes because the bad news just keeps coming at them from Florida, like the Energizer Bunny.

Not only did he unleash the election police, DeSantis dared to sign “a series of other controversial measures last week, including two bills that target Disney and legislation that imposes restrictions on how schools and businesses can talk about race and gender.”

In the usual split, conservatives are thrilled, while liberals are horrified. We’ll see who outnumbers who in November. Well, we will, if the counts are honest.

That’s why the election police are so important and both sides understand it completely. That’s exactly the reason Democrats don’t want anything close to real election integrity.

As spelled out in the new law, an Office of Election Crimes and Security is created. It falls under the jurisdiction of the State Department and approves a 15 member staff to “conduct preliminary investigations of election fraud.”

On top of that, the governor is allowed to “appoint up to 10 law enforcement officers to the Florida Department of Law Enforcement to investigate election crimes.” Say hello to the new election police force.