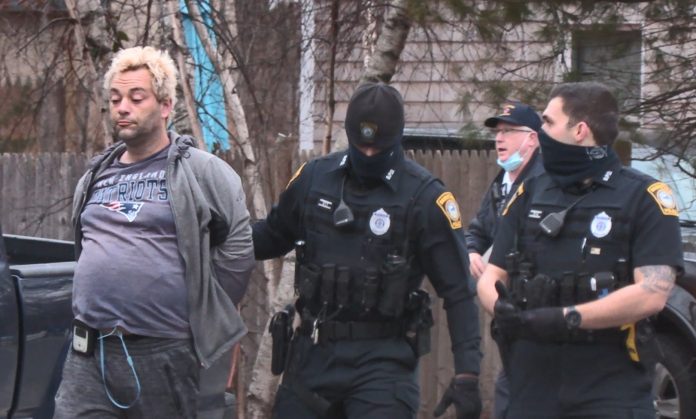 A man has been arrested after police and the bomb squad were called to a group home on Baxter Road in Barnstable, Massachusetts.

At approximately 6 a.m. police were called to the group home after receiving a report that a resident had an explosive device on the premises. Upon arriving, police moved everyone to safety and applied for a warrant to search the group home.

Police took samples and other evidence, and the Massachusetts State Police Bomb Squad removed the device and incendiary materials to a controlled environment and detonated them.

The group home where the explosive device was found is run by Homeless not Hopeless Inc, which is a nonprofit corporation that assists homeless people by offering supportive housing, education, and training to its clients.

This isn’t Firth’s first run-in with the law. According to The Cape Cod Times:

“In December 2018, Firth pleaded guilty in Barnstable District Court to charges of assault and battery on a police officer and strangulation or suffocation.

Archaic and Barbaric: Cult Goes Viral…Can You See Why?