If you’re considered one of those deplorable “Trump Supporters,” the talking heads on globalist funded and directed network media want you erased from American society. It’s time to quietly start sipping the Kool-aid, “for your own good,” the high-paid personalities insist.

On Wednesday, Joe Biden addressed a crowd consisting mostly of National Guard troops there to protect him from the citizens who “elected” him. With most of the District of Columbia under security alerts and rampant anxiety over an imminent civil uprising, Biden called for unity.

The network media insists on throwing gasoline on the fire by amplifying that message in every piece they publish. Americans, Biden declared, must “listen to one another.” That means agree with the Democrat perspective.

We must also “show respect to one another,” by not questioning Democrat dogma. If deplorables don’t start shaping up and getting with the program there are ways of bringing those nasty “Trump Supporters” under submission. “Politics need not be a raging fire destroying everything in its path,” Biden insists, but it can be. “Every disagreement doesn’t have to be a cause for total war.” Meaning election integrity and rule of law aren’t good enough causes either.

Biden’s handlers are smart enough to see the writing on the wall. If they don’t stamp out conservative values now, it won’t be easy later. The “hunt” will be on. “We must end this uncivil war that pits red against blue, rural versus urban, conservative versus liberal.”

The only way to end it, he implies, is through total surrender to the New World Order. “C’mon man, drink the damn Kool-Aid.” Trump Supporters don’t seem to be real convinced and what makes the FBI trolls on social media particularly anxious is the fact they quit “chattering” at each other what they’re planning. 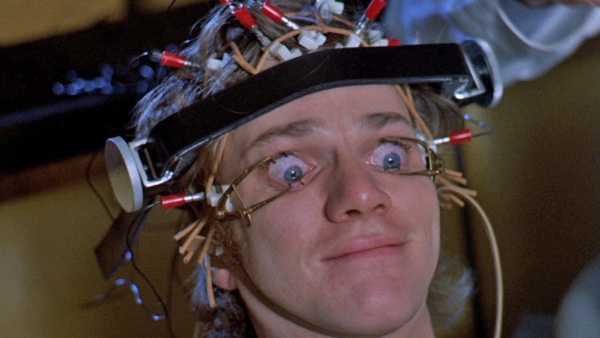 Getting rid of Trump the ‘easy’ part

The liberal talking heads have been polluting the airwaves with the official narrative for months. Faux reports “there has been a growing trend among media figures that the Trump movement should be entirely erased following the defeat of the 45th president.”

Over at ABC they were clear in their message that they know deplorable Trump Supporters won’t go down without a fight. “Getting rid of Trump is the easy part. Cleansing the movement he commands, or getting rid of what he represents to so many Americans, is going to be something else.”

Left-leaning MSNBC had a panel discussion where “contributor” Eugene Robinson laid out the scheme. “Millions” of Trump Supporters, he declared, “need to be deprogrammed.” Like the way they did it in the Kubrick classic, “A Clockwork Orange.” Katie Couric agrees wholeheartedly.

“The question is, how are we going to, really almost deprogram these people who have signed up for the cult of Trump?” FEMA camps and reconditioning. George Orwell intended his famous book 1984 to be a warning, but George Soros used it as a textbook instead and brought it to life.

Anyone who dared to actually work for the Trump administration will have a hard time finding work, and Trump Supporters are likely to have someone taking a hard look at their page on Facebook before any job interviews are scheduled. A Forbes Op-Ed “threatened businesses that consider hiring anyone from Trump’s White House communications team.”

Traitorous thieves at the Lincoln Project, when not busy lining their pockets with donation money, they spend their time on social media with a campaign to “smear anyone who worked for the Trump administration in order to prevent them from finding work.”