If you’ve ever asked yourself if there were a leftist equivalent to an Alex Jones conspiracy theory then we have something for you! Ladies and gentlemen, formerly of “The Five” on Fox News: Juan Williams. 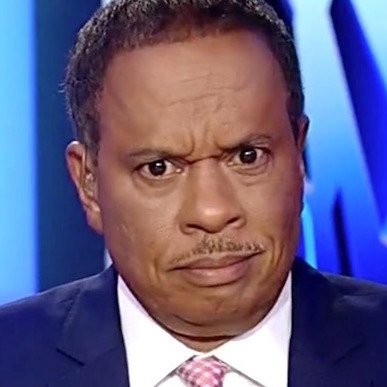 Mr. Williams, seemingly in the twilight of his career and quite possibly of his sanity penned an Op-Ed/Conspiracy theory for TheHill on June 14th.

In it, he lays out every unhinged, counter-reality narrative thread that the leftist mainstream media has concocted and wove it together into a simple three-step system for “the cult that was once the Republican Party.” to take over in 2025. His talking points are soundly disproven and will leave you shaking your head in disgust. Let’s boil them down to the vapor they’re made of shall we?

“Step One — Don’t mention Jan. 6, 2021. If it comes up, say Trump’s violent radicals did not stop certification of President Biden’s win over Trump. It was just like a “tourist visit,” according to one GOP congressman, Rep. Andrew Clyde (R-Ga.). Too bad for him he was photographed that day with a look of terror on his face.

The police let them in and it was understood it would be peaceful. pic.twitter.com/QV3CzgvLQE

“There are so many people. Let’s go. This shit is ours! Fuck yeah,’ ‘We accomplished this shit. We did this together. Fuck yeah! We are all a part of this history,’ and ‘Let’s burn this shit down.”

Williams continues, “Next, prevent a bipartisan, independent commission from looking into the violent Republican riot. Twist the arms of the honest Republicans left on Capitol Hill by scaring them with previews of the commission’s probable findings and the damage those stories could do to the party’s efforts to regain control of the House, Senate, and White House.

“Step Two — Change election laws in states with GOP-majority legislatures. New laws in Georgia, for example, take power away from independent election boards and the secretary of state to certify election results. Georgia’s new laws give unprecedented power to the Republican legislature to determine the winner of the 2024 election. They can override local and state election officials in certifying votes. In 2020, the Georgia secretary of state — a Republican, Brad Raffensperger — defied Trump’s demand to “find” enough votes to make him the winner of the presidential race. Raffensperger or his successor will not have that power come 2024.”

Considering the fact that this Democrat-Socialist talking point-laden screed amounts to little more than tying multiple disparate events together and warping them to fit the left’s victimhood narrative. All of that considered, we might owe ol’ Alex Jones an apology for unfairly comparing him to this conspiracy theorist.