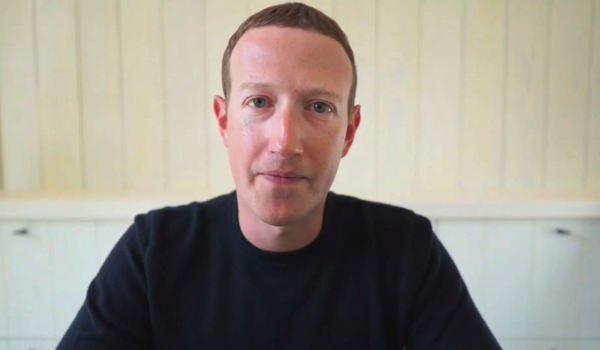 Mark Zuckerberg was noticeably anxious and fidgety when recently interviewed, even though he was talking to a reporter from extreme-left-leaning Axios. He stuck to the script his Deep State handlers gave him and delivered some earthshaking talking points which clearly define this year’s election as a line in the sand.

Zuckerberg sees the election as a point of no return

The voice of the alleged founder of Facebook was quaking in fear as he uttered carefully designed buzzwords. He tried to sound reassuring but couldn’t quite pull it off because he knows the real plan. One of the things that his Project LifeLog contacts at the Pentagon allegedly always had with Zuckerberg is that he’s a total Gillette shaving pansy, who never learned how to put on a poker face.

The phrase “drawing a line in the sand” is an idiom with two meanings. Democrats have decided that this year’s election will be a point beyond which they will tolerate Donald Trump as president no further. The second meaning of the phrase applies too. Their “decision and its resulting consequences are permanently decided and irreversible.” The Zuckerberg video speaks for itself.

Mark Zuckerberg tries to sound causal but when he assures the Axios of evil that “there’s nothing illegitimate about the election taking additional days, or even weeks,” you can hear in his voice that he knows that’s a total lie. The reason for the delay – which he knows for certain is coming – is also totally illegitimate. Most Americans hear that and scream, “yeah, right! They just need more time to mail in more fake ballots.”

We won’t know the result on election night

The host was filled in on what to ask. He fed Zuckerberg the setup in the form of this question. “You said on election day it’s over, but it well might not be, right?” On cue, the Facebook front man delivered his well rehearsed line. “I think the dynamic that you’re talking about is really important, which is that we may not know the final result on election night.” When he says “might not know,” he’s obviously saying that he does know. He knows that the Democrats are going to lose in a landslide on election night then dispute the results, while they keep adding more fake Biden votes. If that fails, there’s the option of civil war.

Zuckerberg claims credit for the suggestion, but it was obviously fed to him by the people who put him in power and continue to prop him up. “One of the things that I think we and other media need to start doing is preparing the American people that there’s nothing illegitimate about this election taking additional days, or even weeks to make sure that all of the votes are counted. In fact, that might be important to make sure that this is a legitimate and fair election.”

Zuckerberg had his whole plan laid out for him and he tried to explain it to Axios. “So, we’re going to do a bunch of different messaging around that, just to make sure that people know that that’s normal.” If “one of the candidates,” meaning President Donald Trump, “claims victory before there’s a consensus result, then we’re going to add some informational context to that post directly saying that there’s no consensus result yet.” When Trump wins in a landslide at the polls, you can fully expect Facebook to start censoring that information. Why? Civil War.

The reason Zuckerberg is getting out there now and softening up the masses is because of “fears of civil unrest surrounding the election.” He knows exactly what’s coming. “I think that this is important because there is, unfortunately, I think, a heightened risk of civil unrest in the period, you know, between voting and a result being called or after that.” He was especially fidgety when he delivered that line of his canned speech. If Democrats can be prepared for civil unrest, then so can conservatives. All those canned goods and all that ammunition which has been taking up space in the cellar might come in real handy, real quick.