When President Donald Trump announced the formation of the United States Space Force, the mainstream media decried it as something out of science fiction.  The USSF’s Chief Scientist made a stunning announcement this week, but to put it into context we have to talk about the newest branch of the military and the left’s efforts to delegitimize them.

The Logo Debacle: Trek or Not Trek

It is a common apologist refrain that the USSF logo and the Star Trek Starfleet logo are unrelated, or that the Star Trek logo was derived from the Space Command logo.

Neither are true, StarTrek.com explains that the Starfleet logo designed in 1966 “had far more in common with the golden pin awarded to a NASA astronaut than a simple mission patch, and it was intended to equal that proud emblem in both use and sentiment.”

The US Air Force established their Space Command in September 1982 a full 16 years after Star Trek debuted, and about three months after Star Trek II: The Wrath of Kahn was released in theaters. 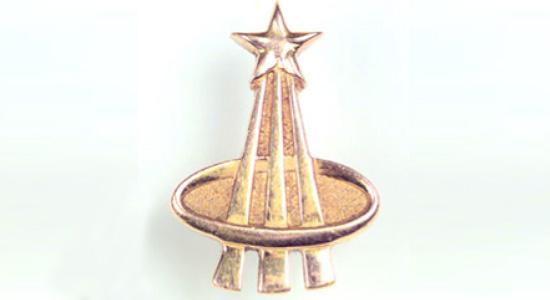 While the logos are no doubt tangentially related (somebody in the Air Force must’ve been a Trekker. [Trekkers and Trekkies are different, ask your Dad.]) A Space Force spokesman put this one to bed. According to Spacenews.com they said,

“The delta symbol, the central design element in the seal, was first used as early as 1942 by the U.S. Army Air Forces and was used in early Air Force space organization emblems dating back to 1961, the spokesman said. “Since then, the delta symbol has been a prominent feature in military space community emblems.”

Long story short (too late), becuase this branch of the military was launched by President Trump, the media and Hollywood, have been dedicated to deriding and mocking these servicemen and women. (Netflix released a comedy titled “Space Force” starring Steve Carrell and John Malkovich barely months later to take the proverbial piss out of the new organization.)

The US Space Force’s Chief Scientist made an announcement this week, that solidifies the notion that science fiction rather than being laughable is rapdily becoming fact. During an event at an Airforce Research Laboratory USSF Chief Scientist Dr. Joel Mozer spoke of America entering an era where our men and women in uniform can be a “superhuman workforce” utilizing “augmented reality, virtual reality and nerve stimulation” according to Metro.

Dr. Mozer continued, “You could put [an] individual into a state of flow, where learning is optimized and retention is maximized,” he said. “This individual could be shaped into somebody with very high-performing potential.”

“In the last century, Western civilization transformed from an industrial-based society to an information-based society,” Mozer said, “but today we’re on the brink of a new age: the age of human augmentation.”

“In our business of national defense, it’s imperative that we embrace this new age, lest we fall behind our strategic competitors.”

Once again Dr. Mozer’s comments sound like something out of science fiction, this time more akin to 2010’s Deus Ex: Human Revolution a popular video game which explored the moral and ethical implications of human cybernetic augmentation in the year 2027. But this isn’t a video game, its all too real. The nation that can master the emerging science of human augmentation will command the battlefields of the future.

Marketwatch reports that the human augmentation is quite real and is a rapidly emerging market that will set the stage for technological dominance into the next century. The key findings of their report were startling.

Dr. Mozer continued to explain that the US may create augmented forces without even augmenting humans physically but intead could introduce new AI technology to the battlefield, “This will extend to the battlefield, where commanders and decision makers will have at their disposal multiple autonomous agents,” Mozer said, “each able to control the execution of things like reconnaissance, or fire control, or attack.”

But we’ve already seen that movie too. And our best authors and screenwriters have taught us that these developments are to be faced with trepidation, caution and respect. Not the derision and disrepect that the press choose to lob at the Space Force, purely becuase they were founded at President Trump’s order.

Space Force Leading from The Front

There are too many pandoras boxes being imagined and built that will be opened soon. This is the critical mission that the Space Force has: to ensure that it is American scientists and American soldiers who break this new ground first. The leftist politicians and mainstream media can have their laughs, but those in the know realize this is a far more serious business, and sleep the better knowing that the US Space Force is Semper Supra “Always Above.”

What should concern us most is whether the government and corporations that develop this next stage of technology are representative of American values or not.

FPC Goes on the Offense, Files Opposition Lawsuit to Fight for YOUR Rights