Property rights are something Americans still think they can count on but the Imperial Palace is working real hard to debunk that myth. As long as the COVID-19 state of emergency continues, our Constitution is in legal limbo and the feds can do as they please. At least one “mountain man” in Montana believes that once dependable concepts, such as “contractual obligation” and “rule of law,” remain enforceable. His theory is being put to the test and the outcome is anything but certain.

Rights? Those have been ‘debunked’

Wil Wilkins of Ravalli County, Montana is an “old fashioned” kind of guy, so far behind the times he actually believes in “property rights.” Wilkins admits he is “a bit of a throwback.” While growing up in the woods of West Virginia, his mother often proclaimed “you was born a hundred years too late, boy.” Perhaps he was.

He calls himself a “mountain man.” Self-reliant and resourceful, he minds his own business on his own remote piece of land and likes it that way. Against the terms of a written agreement, “the Forest Service posted signs encouraging public use” of what should be a private road “for visitors seeking entry” to an adjacent national forest. When that happened, “traffic and parking increased dramatically.” Along with trespassing and theft.

The Hill describes him as “a dedicated practitioner of traditional crafts such as stone masonry, blacksmithing and timber framing.” Along with knowledge of forbidden “forgotten arts,” he also has unpopular ideas about things like “patriotism” and “military service.”

The books in his collection somehow escaped the burning barrel and taught him all sorts of radical ideas concerning old fashioned “constitutional rights.” In a time of hippy anti-war activism, he signed up to fight in Vietnam. Against the odds, he survived to return home. He’s facing an even dicier situation with his brewing court battle.

Wilkins is an avid conservationist, which should put him in good graces with the green crowd. Nope. The ACLU won’t have anything to do with him because he’s also “committed to a traditional ethical code of honor under which, when making an agreement, you keep your word and do what you say you’re going to do.” Native Americans grin at him grimly and say “good luck with that, pal.” Rights are a thing of the past, and America as an independent nation is slipping into the sunset of history along with them.

Just to make it official, when he tried to talk the problem over with his local ranger, “he crossed his arms, leaned back in his chair, looked at me and he started laughing. He said, ‘Wil, you can always sue us.‘ And that’s when I said to myself, ‘Okay then, I will.‘” Pacific Legal Foundation is helping Wil and his neighbor, Jane Stanton.

Easements are a point of real estate law both firmly established and tricky to navigate. The dispute over Wilkins’ property rights are centered around that issue, as well as a written legally binding contract with the U.S. federal government.

The feds broke the agreement long ago. Wilkins is now in court, attempting to get the terms of that contract actually enforced. Everyone in America is grinning at him with that same expression as the indigenous landowners. All echoing that same wish of “good luck.”

The property Wilkins legally purchased as his own in 2004 borders U.S. Forest Service land. When he bought the property, he also became obligated to honor an agreement which the previous owner entered into with the forest rangers. It allowed access to forest service land on a road running through the private property. 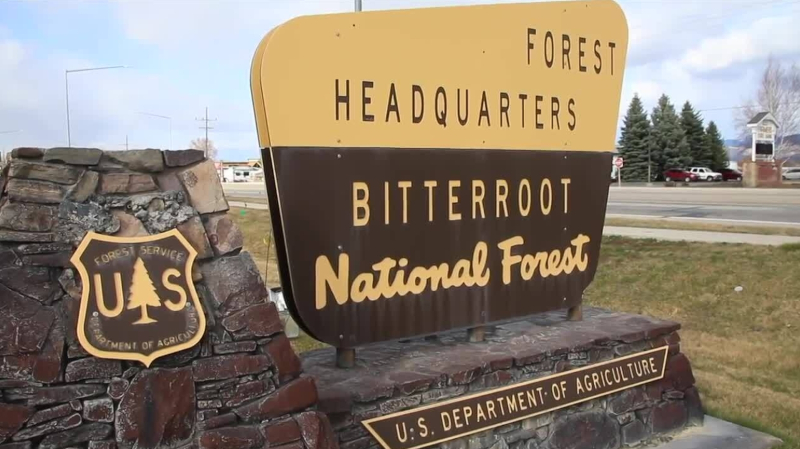 This is where his rights have been infringed. Without his permission, the forest service began allowing the general public to use the road. That’s not part of the contract. In fact, it is a specific violation of the spelled out terms. Even so, “the agency has failed to keep its word.”

Sitting next to the Bitterroot National Forest the private property is “surrounded by pine trees and with plentiful birds and wildlife.” His perfect paradise. “I’ve always had a desire, always had in my mind this picture-perfect place, where I’m living on this valley floor and I look across and I see the mountain ridges, and then up above all of it is a snow-capped granite mountain peak.”

Then came the tourists. The easement rights provided to the government were “restricted” to only use for “purposes of timber harvesting and general maintenance.” It specifically stated “the road was to be for Forest Service employees and permitees only.” One would think that was an open and shut case but it isn’t. Stay tuned for updates as new information becomes available.