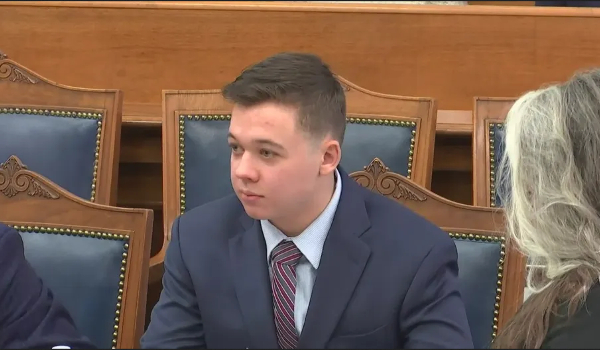 Violence is expected to break out in Democrat run cities the moment a verdict for Kyle Rittenhouse comes in. Prosecutors did a less than lackluster job of proving their case, indicating that Kyle was right all along. He was simply defending himself. Chicago’s alleged Mayor Lori Lightfoot and her wife have gone into hiding behind private security while her city cancels time off for remaining cops on her force. There aren’t many who haven’t been defunded or forced off their beat already, by refusing an unconstitutional COVID-19 shot.

It will be “a burning and a looting tonight” when a verdict comes in for Kyle Rittenhouse. Police in liberal run cities from coast-to-coast are getting ready for violence. A statement issued by the Chicago, Illinois Police Department informed an anxious public “they have canceled one regular day off for all city officers this upcoming weekend.”

They don’t blame the Rittenhouse verdict directly. This move is simply to “enhance public safety and to address current crime patterns.” Lightfoot wants you to think it will decrease drive-by shootings and nightly killings.

Police Union President John Catanzara has been reduced to communicating with his public through YouTube, after being officially censored by the city. In his latest post, Catanzara makes it crystal clear that “the reason for canceling the one regular day off is the city is bracing for the verdict in the Kyle Rittenhouse trial.”

They may be expecting more violence than usual but this latest outrage is still a violation of the Chicago Police Department’s contract.

According to Catanzara, they’re breaking an agreement “in which officers must be provided notice before days off are canceled.” This, he insists, “is a clear violation. “There was no notice. They do not get to just keep saying, ‘We need manpower just in case, you know, a verdict doesn’t go positive’ and, all of a sudden, there’s upheaval.”

Whether there is violence or not, a contract is a contract. That, he adds, is “what happens when you put a hack in charge of doing the mayor’s bidding in the second spot.” Everyone knows he’s talking about First Deputy Police Supt. Eric Carter. “It just doesn’t stop with this guy. He is such a pathetic leader. I don’t even know how he looks himself in the mirror.” 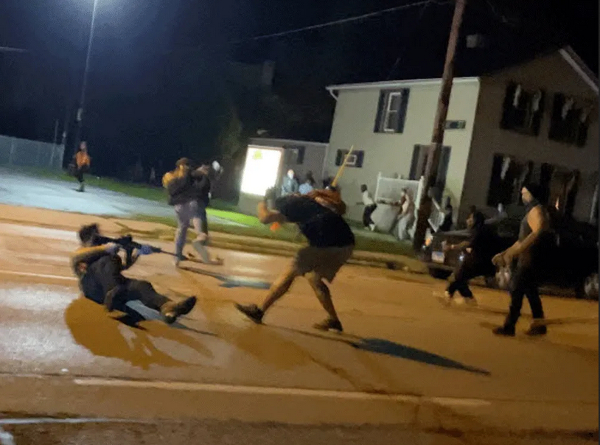 On Tuesday, November 9, Prosecutors rested their case. From what the pundits say, it isn’t just resting, it died. It never had enough energy to get off the ground in the first place. By Wednesday, the accused defendant made the bold and unusual move of testifying in his own defense. He sounded calm, assured and convincing.

Antifa® “irregular” forces are laying out their Black-bloc riot gear and filling Molotov cocktails by the case. Violence? No, simply peaceful protest with bear spray, rocks, frozen water bottles, and commercial fireworks, as usual. Maybe a little looting to sooth their offended feelings. Nothing that might be considered “insurrection” or anything, though.

The prosecution tried, unconvincingly, to paint Rittenhouse as “the aggressor.” Their strategy backfired and “often bolstered the teen’s claim of self-defense.” His defense lawyers convincingly argued that “he was afraid his gun would be taken away and used against him.”

There was violence all across Kenosha, Wisconsin that night. It had been escalating for days. Witness Nicholas Smith testified that Rittenhouse “had gone to the protests that shook Kenosha that night at the request of the owners of a car dealership to protect the business.”

In comparison to the basement dwelling anarchists who caused all the violence in the first place, the clean-cut young Kyle Rittenhouse is a “former police youth cadet.” Along with his “AR-style semi-automatic rifle,” for defense, Kyle brought “a medical kit in what he said was an effort to safeguard property from the damaging protests that broke out.”

When this verdict comes in, everyone is expecting the response to be a lot more like the Rodney King verdict than the Derek Chauvin one. Chauvin was at least convicted. In 1992, the police were acquitted of beating Rodney King and it sparked the “1992 Los Angeles uprising.” Patriotic Second Amendment supporters are urged to stay out of it, stay home, and defend yourself as necessary. If there is any rioting or violence, let those responsible take the blame and suffer the consequences. If anyone invades your castle, “blow them back down the driveway.”