A fraud case – that doesn’t directly involve either of the Bidens – indicates that Hunter Biden is guilty in an influence peddling scheme where he sold access to Joe Biden and his buddies for a quick $5 million cash from the Chinese. With friends like his, he certainly doesn’t need any enemies.

A “financial proposal” that Burnham Financial used to pitch Chinese firm Harvest, makes it blatantly obvious that they sold access to Joe Biden for cash. Even though it shows the younger Biden is guilty of a crime, he’s not accused in that trial. His prospectus made it into evidence for a conman who leveraged it to defraud a Native American tribe. “Hunter Biden works for [Archer]. So we’ve got the top level politicos with us. All of my guys, is as top tier as it gets,” assures Galanis associate Bevan Cooney, who “was also convicted in the scam,” in a recorded phone call.

Tom Anderson with the National Legal and Policy Center points out that the sneaky China forays “are an unacceptable mystery to this day, considering his father, presidential nominee Joe Biden, has made foreign influence a key issue in this election.” Not only that, “Biden should take his own advice and bring sunlight to the Hunter/China problem, thereby allowing voters to know exactly how much money” came in and where it went back out to.

In an appeal filed by John Galanis, who was convicted in 2018 of defrauding investors and the Wakpamni tribal community, it was revealed that “his son Jason Galanis provided him with details of Biden’s offshore deals.” Hunter didn’t know he was being used as a reference in the con game. “after befriending Biden’s longtime business partner Devon Archer, Emails introduced during the trial and subsequent appeals also show co-conspirators name-dropping Biden while carrying out the bond scheme.” John Galanis “boast[ed] about Mr. Archer and Mr. Biden’s involvement” during conversations with members of the Native American tribe that he defrauded. 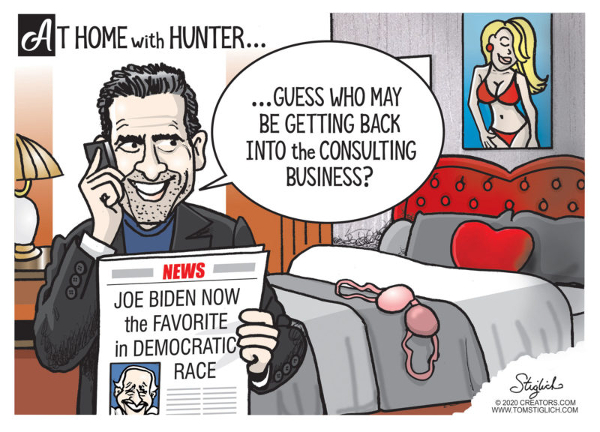 Hunter Biden basically swapped his family’s political clout for a quick $5 million from China funneled through his American financial advisory firm Burnham Financial in a “pay-to-play influence peddling operation” dangling “access to influential people” in Washington, D.C. as bait to fish for “investments.”

Biden and Archer managed to score a total of $15 million from the Chinese investment fund in 2015. The first $5 million installment came immediately after Biden reached out to the firm’s chairman hinting that “it would be important to the Biden family.” In the fraud trial it came out that “to induce Chinese, Biden sends email to Henry Zhao, Chairman/founder of Harvest.” Hunter Biden, the email states, “says investment would be important to his family. Chinese agree to $5 million investment in Burnham Asset Management alone.”

Government watchdogs are digging deep into Hunter Biden’s “business dealings with Harvest and other Chinese entities during the election. Corporate records indicate that he continues to hold a 10 percent stake in an investment firm co-owned by Harvest and the Bank of China.”