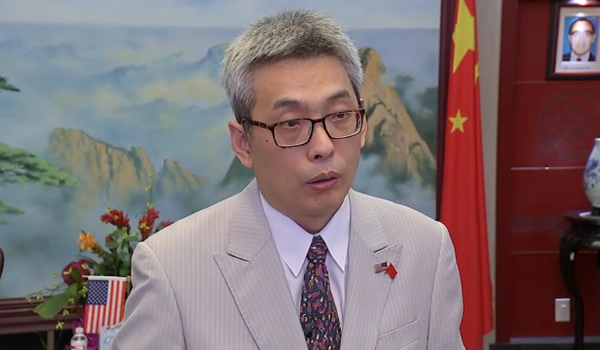 The FBI just announced they dropped the hammer on Chinese sleeper cells lurking in the shadows of 25 American cities. Now we know why the Chinese have been so busy burning files as they retreat from their consulate in Houston, Texas after President Trump ordered them out by Friday. It turns out that the Chinese consulate was a “massive spy center.”

Top administration officials are confirming in the hours after the Chinese General Consulate in Houston was ordered closed that the reason they are being chased out of the country is because “the facility was a ‘massive spy center’ that was stealing information from Americans and running influence operations in the U.S.,” Dailywire relates. The Wall Street Journal reports that “the FBI has interviewed suspected members of the People’s Liberation Army in more than 25 cities.” Each and every one a communist sleeper cell.

“The United States will not tolerate the PRC’s violations of our sovereignty and intimidation of our people, just as we have not tolerated the PRC’s unfair trade practices, theft of American jobs, and other egregious behavior,” the State Department said in a statement Tuesday. The statement explains they directed the closure of the People’s Republic of China Consulate General Houston, “in order to protect American intellectual property” including the private information of all Americans. It was the spy headquarters for all the sneaky sleeper cells.

On Wednesday, the State Department verified that “for years,” China had been conducting “massive illegal spying and influence operations throughout the United States against U.S. government officials and American citizens.” As part of the crackdown, “FBI agents have interviewed Chinese researchers suspected of being undeclared members of the People’s Liberation Army in more than 25 cities.” The consulate taught the sleeper cells their spycraft. “In some instances, staff at Chinese consulates helped instruct some researchers on security, reminding them to delete information from their electronic devices.” 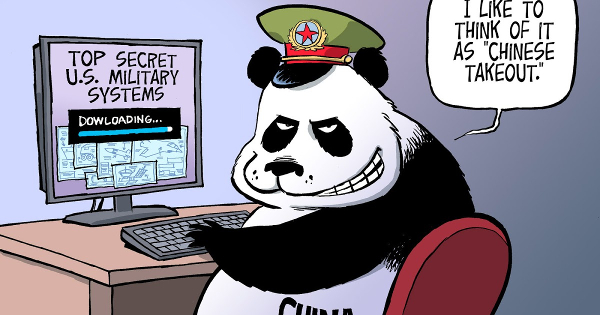 Coronavirus originated in China too

Another factor prompting the drastic measures, reveals Assistant Secretary of State David Stilwell, is that “the alleged criminal activity that the Chinese were committing at the facility had accelerated since the coronavirus pandemic, which originated in China.” Shutting down the sleeper cell spy operation was “long overdue,” he insists.

Florida Senator Marco Rubio agrees with Stilwell, tweeting that “China’s Houston consulate is a massive spy center, forcing it to close is long overdue.” He later told the press, “China’s consulate in Houston is not a diplomatic facility. It is the central node of the Communist Party’s vast network of spies & influence operations in the United States.” Each and every one a terrorist sleeper cell siphoning off our secrets.

One of the events which ripped the lid off the sleeper cell network was “a Chinese official working with a Chinese state-owned airline to ‘put unidentified passengers on a charter flight meant for Chinese students departing Houston amid the coronavirus travel restrictions.'” The alleged director of the Federal Bureau of instigation, Christopher Wray, broke his Fifth Amendment protecting silence to note, “The Chinese Communist Party is pursuing a campaign of intellectual property theft, economic espionage, cyber intrusions that target businesses — big and small — all across the country and our academic research institutions. And it’s everything from Fortune 100 companies to startups. It’s agriculture. It’s high tech. It’s aviation. It’s health care. As I said before, it’s our academic research institutions.”